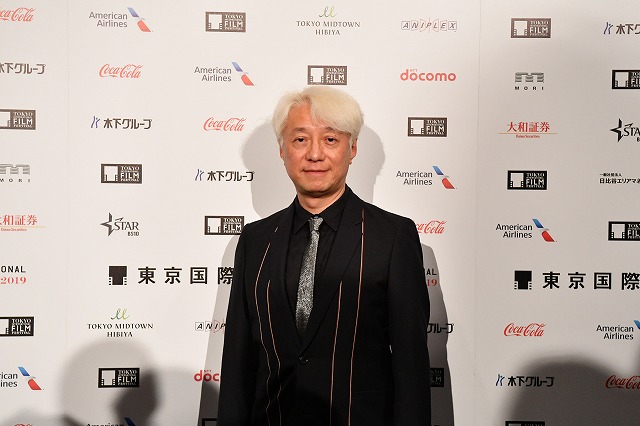 Barbara was serialized from 1973-74 in Shogakukan’s Big Comic Spirits Magazine, and was loosely based on Offenbach’s Tales of Hoffman, an opera about the hero’s romantic escapades. It tells the tale of Yosuke Mikura (Goro Inagaki), a popular writer of erotic fiction whose books are bestsellers. But he is deeply unsatisfied with life. His peers are recognized for prestigious literary awards, and his relationship with his girlfriend is largely due to her father’s political connections. One early morning coming home from a bender, he stumbles upon Barbara (Fumi Nikaido). Though she is nearly passed out drunk, he invites her to his place, before kicking her out the next morning.

Like Hoffman, Mikura encounters several women who attempt to seduce and possess him, though he is miraculously saved by Barbara every time. He becomes enraptured by her physical charms, but when harm starts to befall those close to him, it becomes less clear whether Barbara is a guardian angel or a covetous devil, a situation made all the more suspicious as she reveals herself to be part of a demonic cult. Thereafter, the story grows even stranger.

Tezka told the press that he tried to keep the essence of the original, much longer work in adapting it to a 100-minute film. “I don’t think it’s good to be too literal when adapting a manga to a film,” he said. “I think it’s important to keep the essence and theme of the manga so fans of the original don’t get upset, but filmmakers should also express their own ideas about a work.”

Tezka apparently read Barbara when he was about 10 years old, not usually the target demo for the more adult-oriented magazine, but was able to get an early education from his father’s copies lying around the house. “I had a very strong impression of it, maybe even more than Astro Boy or Black Jack,” laughed the director.

Though Tezka read it as a child, it took him many years to summon up the courage to direct the adaptation, but the time seemed right after he had helmed several films of his own and become confident he could express his own ideas through the work. Some of these ideas are present in the setting. Though the manga is set in the 1970s, Tezka sets his film in the present day, an intentional decision to avoid nostalgia and bloated budgets. “However, I think there are many similarities between now and then,” he explained. “For example, the increasing wealth gap, or the public’s frustration towards the government. The manga is a good fit for our modern times.” 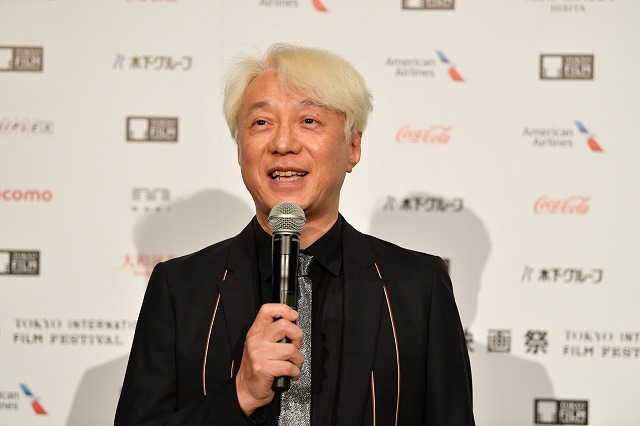 Occasionally, one can imagine how a scene or action would have looked on the page via Osamu’s detailed illustrations, a fact that Tezka says may be attributed to the fact that “Tezuka’s blood is flowing in me.” When shooting certain scenes, the crew would ask Tezka what they thought his father would do, but the director told them to trust him: “I didn’t want them to reproduce the manga’s illustrations, but rather to revive the blood of Tezuka in those scenes.”

Stars Inagaki and Nikaido seem to do just that, giving committed performances that fly in the face of mainstream Japanese cinema’s tepid depictions of sexuality. Many apparently refused the lead roles after reading the script due to the demands for nudity. “I’m sure Inagaki and Nikaido had their own trepidations as well,” said Tezka. “But at the same time, they understood the meaning and author of the original work. What was wonderful about both of them is that they showed no hesitation upon reading the script, so it was easy for me as a director to direct these sensitive scenes.”

Nikaido’s Barbara and some other characters (such as Eri Watanabe’s Mnemosyne) are particularly faithful to the universe of the original, in large part due to character designer Isao Tsuge’s insistence. “I was worried that the actresses would become mere cosplayers of the manga characters, but I trusted Tsuge as he is a pro and I’ve worked with him many times,” said Tezka.

The look of the film is also helped by veteran DP Christopher Doyle, who shoots central Shinjuku with a cool that channels Woody Allen’s jazzy streets and crowds, but also David Lynch’s occult club interiors. Tezka chose Doyle for his talent in beautifully framing urban environments, as well as men and women, as Tezuka’s Barbara simplifies the manga’s many complex themes into a more digestible love story. Doyle also lends the film an outsider’s perspective that frames Tokyo with an otherworldly quality.

There was also a fourth reason: “I heard Doyle loves drinking and beautiful women, so I thought this project would be perfect for him,” joked Tezka, who sent Doyle the script five years ago. “He immediately told me, ‘I have to shoot this film.’ He waited around five years for the project to finally materialize, and I feel very fortunate to have worked with him on it.”

When asked what Osamu would say about Tezuka’s Barbara were he alive to see it today, Tezka answered, “He probably would have wanted to join in the project and write the screenplay. It would have been a very different film.” However, he added, “He would also probably have told me he could have done a better job. He was very competitive.”