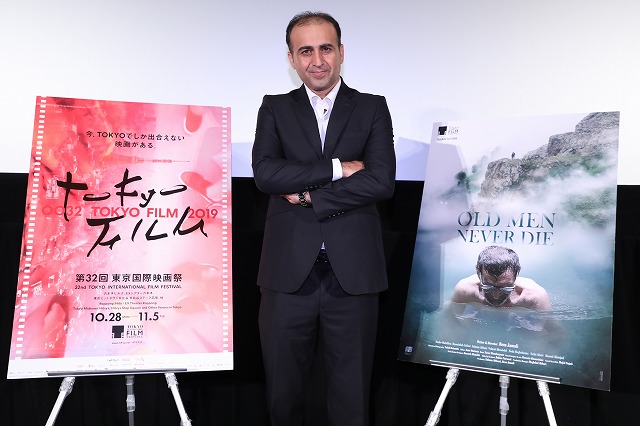 “The Angel of Death has forgotten me” is a frequent lament in Reza Jamali’s Old Men Never Die, marking its world premiere in the Asian Future section of TIFF 32. The film hovers over the small mountainous village where a handful of old men make their home, and watches as they spend their days concocting multiple ways to invite the angel back (some of which are quite humorous, despite the serious issues at hand).

When one character shouts to a small figure on an adjoining cliff —“Aslan! Jump off! No one’s looking! Kill yourself and break us all free!” — it’s difficult not to laugh, and then to feel a pang of guilt.

At a Q&A session on November 4, the director admitted, “I felt this was a somber subject, and the injection of black humor was necessary to lighten it up a bit.”

In Old Men Never Die, village elder Aslan is now 100, like most of his compatriots. He has also come to believe that the Angel of Death closed his case after he had a stroke a few years back — maybe he’d misunderstood that he’d already passed on. Others guess that the Angel is mad at the men because they never got married or had children, or maybe the Angel just isn’t familiar with their little village.

As we later learn, Aslan was a hangman who came to the village from his hometown, just a few villages away, some 45 years ago when he was no longer able to face all the families of the murderers he’d hung. He’d even had to hang his own father, after he’d killed a thug bent on taking revenge against Aslan.

Ever since he’d arrived, no one has died — but more of them are trying, whether by holding their breath under water, or falling asleep around a leaking heater. The army has stationed a small guard troop in this remote outpost, partially to help prevent potential suicides. Over and again, they rescue their charges and argue with them about the Angel of Death: “That’s just superstition! Life and death are in god’s hands.”

The men call each other “lad,” “dude” and “bro,” and trot out their petty grudges and old memories on a daily basis. When word gets out about the village’s apparent fountain of youth, out-of-towners bring ailing parents, tourists show up looking for rentals and an agent tries to sell some life insurance policies. But when it seems that the angel has finally recognized the village, the men are no longer so sure they want to be found.

Jamali, making his feature debut, told the Q&A audience that he shot Old Men Never Die in Azerbaijan (the only other nation besides Iran in which Shia Muslim dominate the population), where Turkish is spoken. It is stunningly shot in wide-angle vistas and dazzling long shots in which humans appear as tiny specks amid the splendor of the landscape. 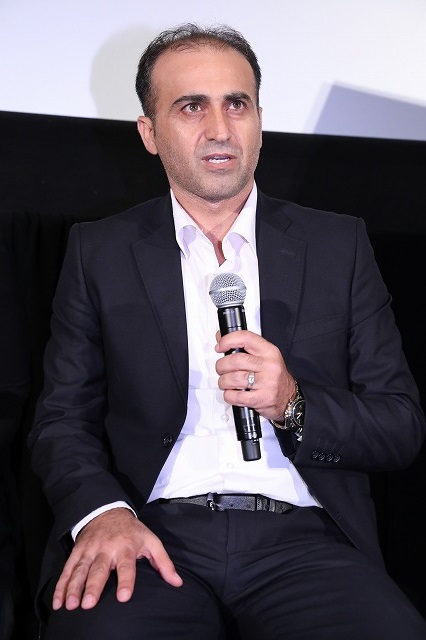 The director explained, “I was a photographer and I’ve also made 15 short films. During the production of those films, I traveled a lot around that area. I’ve also sometimes worked as a cinematographer. So I [knew from the beginning that I wanted to] bring in this beautiful scenery to add something to the film.”

As for his wonderful actors, with their craggy, wizened faces, their bent and bowed bodies: “They are all between 70 and 80 years old (although they appear as old as the hills). Only the man who played Aslan is a professional stage actor, but this is the first time he had appeared on screen. Since the others were all amateurs, whom I drew from auditions in that village and others nearby, he had to keep toning down his performance to match theirs.”

Jamali was asked about the issue of euthanasia in Iran, and the presence of the soldiers. “We have the same issues regarding euthanasia that you have in Japan,” he began. “And we also respect the elderly in Iran. So to have the soldiers there is to show that old people are treasures of the country. We shouldn’t allow them to commit suicide, which in Islam, is forbidden. The soldiers are like savior angels.”

Asked about Aslan’s final suicide attempt, the director commented, “He regrets his past and feels guilty about his job. He’s also lonely and feels that he can no longer bear being alive anymore. But after the return of the Angel of Death, the others begin to feel that they can live, and pursue better lives, even as they’ve now become fearful of death.”

What of the fog, which rolls in, as if on cue, in some of the most striking exterior scenes?

“I believe in god, and I believe he’s on my side,” said Jamali. “When I wanted to have certain weather, especially the fog, I would ask god, and I would get what I asked for. I attribute this to my strong relationship with god.”