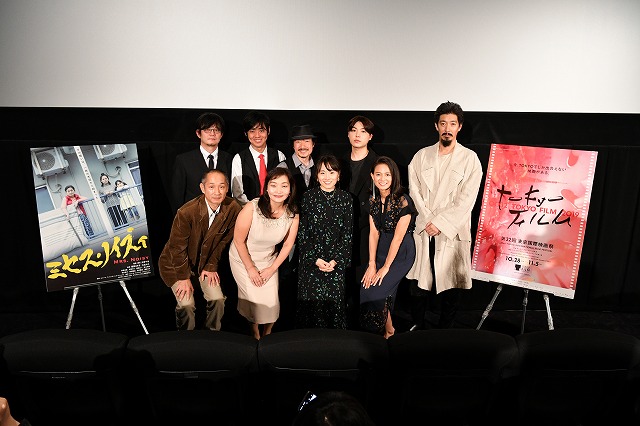 “It all started with a single futon.” That is the tagline for Mrs. Noisy, a dramedy about a conflict between neighbors that evolves into a social media sensation, and eventually, wreaks havoc on the lives of the two women involved, as well as on their families. But Chihiro Amano’s film, which had its world premiere on November 3 in the Japanese Cinema Splash section at the 32nd TIFF, avoids being heartlessly cynical.

After the screening, Amano and her two producers, Masaya Takahashi and Hayato Yokoyama, appeared for a Q&A session, along with three of her actors, Yukiko Shinohara, Yoko Ootaka and Takuma Nagao.

The latest title by the female helmer (Happy Landing, Leap Year Girl) delves into the psychology of its female protagonists, youngish novelist Maki (Shinohara) and the older Miwako (Ootaka), whose husband is clearly not well. When Miwako begins banging her futon bedding early one morning and won’t stop when Maki castigates her, the argument begins… and quickly escalates. 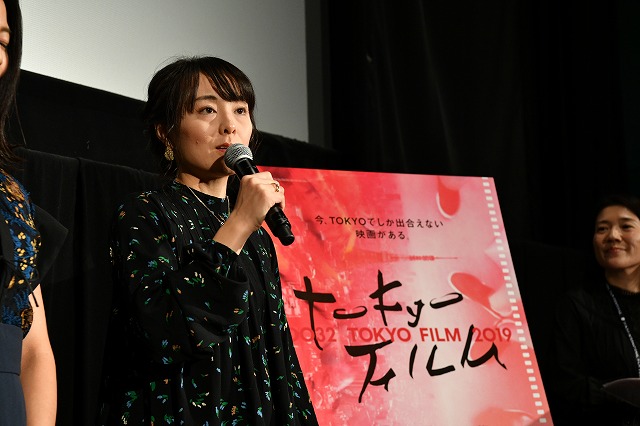 In the end, Amano makes it clear that nothing is really about the futon. Although it may have initially prompted the dispute, a much deeper human dissatisfaction and disappointment in societal intolerance facilitates the hatred, and SNS helps it to spread.

Although the film centers on a female novelist who writes about actual fights between neighbors, the director revealed that this was not a personal story. “It’s not based on true events,” noted Amano. “But as a filmmaker, I do look for themes for a film in daily life whenever I watch the news. Trouble with neighbors is a subject that is frequently reported on in the media. It always has a simple structure with victims and perpetrators, but I came across some opinions on the Internet that the perpetrators could actually be the victims. No one knows the truth except those who were there, but we do have different points of views, depending on which side we take.”

For the producers, Mrs. Noisy was a passion project. “I fell in love with the script,” said Yokoyama. “I really liked the idea that we cannot judge people as they appear to be.”

Noted Takahashi, “I really wanted this film to be made, but I was struggling with finding locations that would allow us to shoot fighting between neighbors. I almost thought this project might be impossible, but the strong passion of the director encouraged me to keep looking.”

In spite of all the difficulties, shooting seemed to be fun for the actors. Shinohara remembers, “There was one time when people thought we are actually fighting. We got complaints from the neighbors.”

“And there was a dog which kept barking every time Ootaka-san said something,” laughed the director. “That made it difficult for us to shoot.”

“For me, the barking was no problem,” said Ootaka. “I don’t have a child, but I had to play a woman who lost her son. So that was difficult. I improvised at home to actually give birth.”

Nagao, who plays the writer’s husband, an innocent bystander in the whole situation, remembers that he was quite intimidated by his costars on set, as their characters are constantly fighting: “Their faces were so scary during shooting.”

Although the film focuses on neighborhood issues, Amano’s aim was to delve into the relationship between the wife and the husband. “Marriage is a bargain between what people are actually feeling and how much of it they are willing to share. If the bargain does not work, the marriage is going to fail,” noted the filmmaker, “This film is actually about marriage as well as about a fight with neighbors.”

Mrs. Noisy is expected to hit theaters next year in Japan.