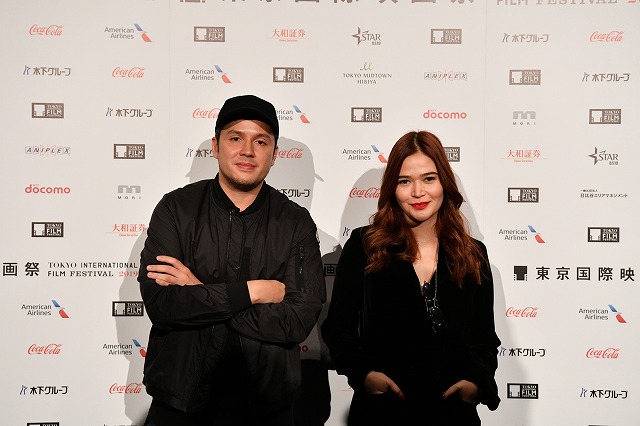 Director Paul Soriano’s world premiere entry in the Competition section of the 32nd TIFF, Mañanita, is a long, languorous film, but as he explained at a post-screening press conference on November 2, “I just wanted to let it flow.”

The opening sequence of a sniper taking a bead on a hut full of terrorists is slow by design, since the tension before the shots is drawn out to emphasize the importance of the kill. The fact that the sniper is a young woman doesn’t register right away. Edilberta (Bela Padilla), we learn, is a stoic soldier with a horrible keloid scar on one side of her face that causes her great pain when the weather changes. For reasons that aren’t entirely clear, she’s discharged from the Philippine army against her will, despite her considerable service in dispatching bad guys.

But as we slowly get to know Edilberta, we see that her reticence is grounded in the kind of horror and self-loathing that makes for an unstable personality.

For the first half of the film there is much to discover because little is revealed. Edilberta, relieved of her sniper vocation, has no purpose in life and spends all her waking hours drinking beer alone or in dive bars where men try to pick her up and are very unsuccessful. Occasionally, she talks on the phone with an unknown interlocutor and after this person sends her a photo she has requested, the first overt emotional reaction clouds her face: pain mixed with hatred. This happens one hour into the movie.

Soriano explained, “As a filmmaker, I want my stories to show just enough so that the viewer has to make their own interpretation. You have to be patient and figure out yourself what she’s going through and where she comes from. You have to discover what she is trying to discover. Also, as a fan of transcendental cinema, I like static shots, which allow the viewer’s eye to take in more of the scene.”

“There were lots of questions in my head as I developed this character,” Padilla told reporters. She is well known in the Philippines for mainstream movies and TV shows, so Mañanita was like nothing she had done before. “[My character] doesn’t talk, so I had to make the scenario in my head. Some scenes would last for ten minutes, and I would have to decide for myself what she was going to do. Should I open two bottles of beer at the same time and drink them in succession? It was difficult because I knew the story I had to tell, but without words…I’d never done that.”

To explain the meaning of the title would be a kind of spoiler, but suffice it to say that mañanitas are songs of forgiveness, which were adapted by the police in South Davao to help capture drug dealers. Under the present administration, police are encouraged to shoot dealers on sight, but one police chief came up with the idea of singing to them to make them give up, and while it sounds corny, it is the main impetus of the story. 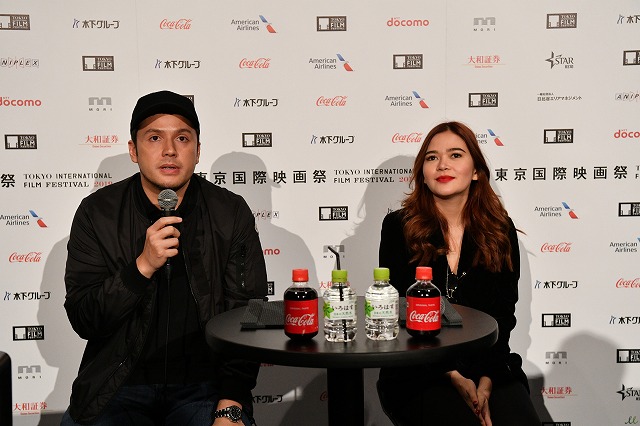 “Filipinos love to sing all the time,” said Soriano. “And cops will sing at the end of a long, difficult day to unwind. That police chief’s decision to use peaceful means of capturing criminals really touched me, as it toned down the violence and changed lives.”

The songs, in fact, stand in for the dialogue, since many of the ones Soriano and his co-scenarist, famed Philippine auteur Lav Diaz, selected were love songs and songs of forgiveness, the same ones the police used to serenade dealers. For the most part, Edilberta seems impervious to this music, until she isn’t, of course, and the “release,” as Padilla described it, was cathartic for everyone.

“There were so many moments during the film where I wanted to cry,” Padilla said. “Because Edilberta had no one to talk to, no one to confide in. But Paul told me not to cry, to wait, because a sniper keeps everything inside. They would never act like that.” But when that moment to let loose finally does arrive, it’s pretty devastating.