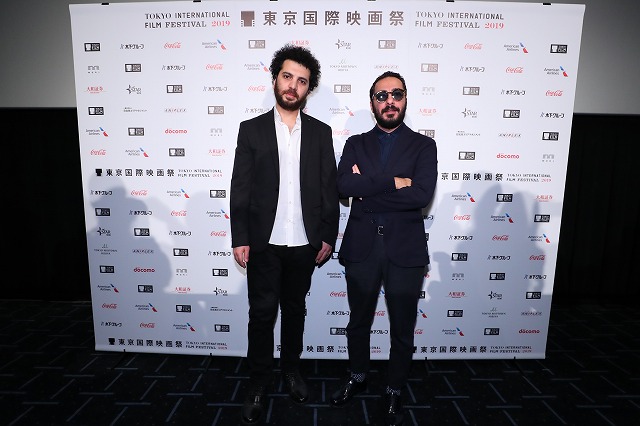 The opening scene of the Iranian film Just 6.5 wouldn’t look out of place in a normal American police procedural: a team of plainclothes cops raids a drug den and one of them chases a suspect on foot through narrow streets and into the alleyways. After that, however, the film goes in directions one would never see on Special Victims Unit.

Screening in the Competition section of the 32nd TIFF and marking its Asian Premiere, Just 6.5 endeavors to take on Iran’s massive drug addiction problem by filtering it through the eyes of the police, who have their work cut out for them. The title refers to the estimated number (in millions) of addicts in Iran. It is a number that, as the director, Saeed Roustaee, told the press after the screening, has increased 100-fold over the last few decades.

“There is a strong connection between poverty and drug addiction,” he said. “The economy has a huge impact on the drug problem, and our neighbor, as you know, is Afghanistan, where one of the main industries is drug manufacturing. Drugs will continue to flow into our country, and as the amount increases, the price goes down, thus resulting in even more addicts. It’s too much for the authorities.”

The authorities in the movie, Roustaee’s second feature and a megahit at the Iranian box office, are mainly represented by a handful of detectives who have their own personal and professional problems to attend to, and often they take their frustrations out on suspects and witnesses alike—or on other policemen. The main rivalry, in fact, is between a veteran sergeant whose wife is nagging him to take a desk job and a subordinate whose son was murdered by a drug kingpin as a kind of revenge. It is this kingpin who is the ultimate prey in this very convoluted story, and it’s constantly implied that there are even bigger fish above him.

Navid Mohammadzadeh, the actor who played this kingpin was quick to point out to the press at TIFF that, like the villain he plays, he has a very large family and understands how the kingpin feels responsible for his brood. It’s why he deals drugs, and though the character often has sinister, dangerous motivations, in the end he is mainly just trying to protect his family. “But I have no experience as a drug dealer,” he said. “It’s just that I always adhere to Toshiro Mifune’s advice to actors: judge the role by your own standards.”

Actually, there are a number of references to Japan in the movie. In one scene the police stop suspected middlemen at the airport who are attempting to smuggle drugs into Japan. There is also a mysterious character called Japanese Reza who seems to be the top guy in the hierarchy, though we never see this person and he may not, in fact, exist.

“It wasn’t intentional,” said the director. “When we wrote the script the character did appear and the actor we chose had what we felt was a Japanese face, but in the end we didn’t use any of his scenes.” 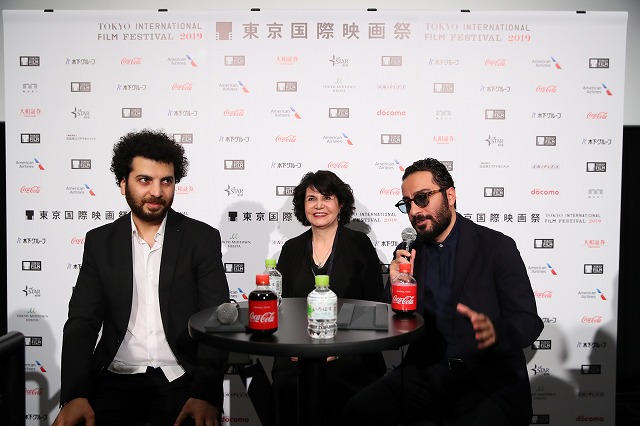 Mohammadzadeh added, “And in Persian, ‘Japanese’ is easier to say than, say, ‘Saudi’ or ‘Thai.’”

The most impressive aspect of the film is the way it reveals the Iranian justice system, which relies less on the kind of legal procedures of due process that Westerners are used to and seems tied inextricably to bureaucratic formulas that can be quite arbitrary. Since the conditions of imprisonment and punishment often seem barbaric, these considerations are not minor, and one Iranian reporter, who seemed genuinely shocked to see these aspects on the screen, wondered how the filmmakers got away with it.

“I was just taking a part of society, in this case one drug case, and focusing on it,” said the director. “If you make a story about a divorce, it doesn’t mean all people are getting divorces. I want people to see this as an isolated story, but one that tells you something important about society. Besides, we had a limited budget.”

That limitation has been put to impressive use. The final scene is a drone shot of a massive traffic jam on a highway as the police chase suspects among the cars. Apparently, the shot caused such a stir on social media that foreign press picked it up, thinking it might have been an anti-US demonstration.

“We only asked the police for 5 minutes to shoot the scene,” said the director, “But of course we couldn’t finish in that amount of time, so we just kept continually asking for 5-minute extensions.”