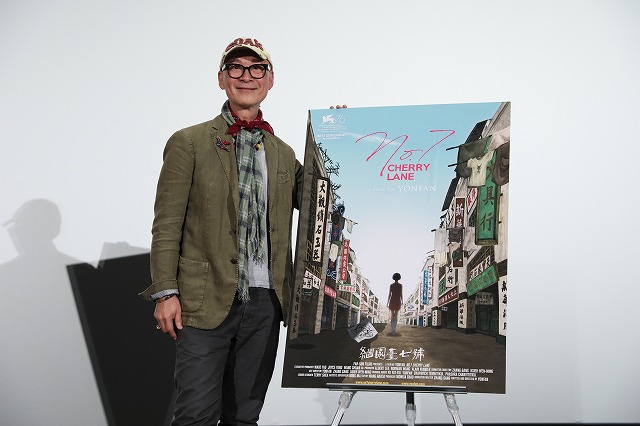 Legendary Chinese auteur Yonfan, renowned for films that boosted the careers of Chow Yun-fat, Maggie Cheung, Daniel Wu and Rie Miyazawa, greeted the late-night audience at the 32nd TIFF with his usual ebullience and a huge grin following the hotly awaited screening of his award-winning No. 7 Cherry Lane in the World Focus section.

“To show my animation in this kingdom of animation,” he said, “I feel very honored and humbled. This is the first time for me to be back at TIFF in 18 years. I was last here with Peony Pavilion, starring Rie Miyazawa. It’s wonderful to be back.”

The Hong Kong-China animated film is the director’s first release in a decade and his first foray into adult animation. A pastiche of swooning, hypnotic, deeply lush imagery, sensual delights, political provocations and odes to the classic cinema, the endlessly imaginative animation was created by Zhang Gang, who first rendered in 3D before hand-drawing in 2D. And it is also high poetry: No. 7 Cherry Lane won the Best Screenplay Award upon its world premiere at the 2019 Venice International Film Festival.

Set against the 1967 turmoil in Hong Kong, in the “Little Shanghai” district, No. 7 Cherry Lane tells the tale of Ziming, a handsome foreign literature major at Hong Kong University who is hired by Mrs. Yu to tutor her daughter Meiling, who is an ace student and model. Ziming finds himself immediately drawn to Mrs. Yu, who has self-exiled herself from Taiwan during the White Terror period, and begins escorting her to Simone Signoret films, where the older woman-younger man dynamic and impossibly romantic dialogue is just what he needs to woo her. But he also finds himself falling for Meiling, whom he teaches English by having her read “Jane Eyre” and Wuthering Heights” out loud. Soon, he is introducing Meiling to Audrey Hepburn films while her mother awaits their return, in clouds of cigarette smoke that magically transform into impossibly imaginative tableaux.

The TIFF Q&A began with an inevitable question: How did it feel to take the Venice award? “It was a very big surprise for me,” said the director. “During my career, many people have felt my films lack drama, but I feel that if a film says enough things, it has enough drama.” 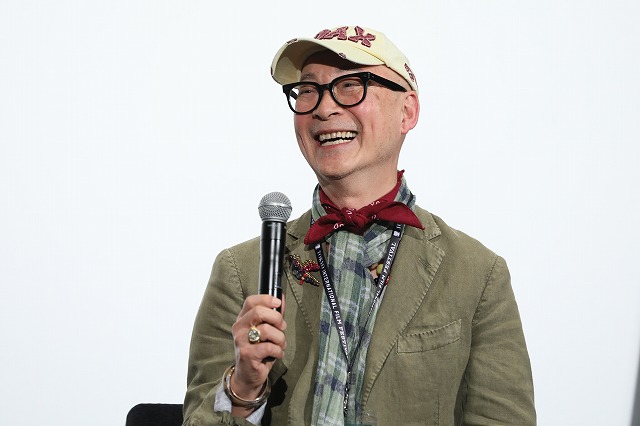 Explaining the project genesis, he said, “The film is set against the political turmoil in Hong Kong in 1967. That is the year I was 20, and I was in love with literature and cinema and art, so this film is very graphically biographical. Also, that was 2 years after I moved from Taiwan, where there was martial law, to Hong Kong. I could smell the freedom in the air and the sea, and it was very meaningful for me. I always wanted to make a movie about this.

“I am that young man. I am Meiling. I’m her mother and the cross-dressing lady upstairs. I’m even the cat, perhaps. It’s all about me!”

Yonfan was asked how he’d cast them: “Fruit Chan is the cat!” grinned Yonfan. “Isn’t he wonderful? I made the film with my friends, all actors or directors I’ve worked with.”

And what of the memorable song over the end credits? “Oh, that is from my famous film The Last Romance, which stars Maggie Cheung, Chow Yun-fat and Shingo Tsurumi, who came here two days ago to wish me his best for the first screening. I wrote the lyrics and I own the copyright, so we recorded it for this film. I’m sorry I can’t translate all the lyrics for you, but the first sentence of the song are the first words in the film: ‘Look how the golden years flowed away.’” 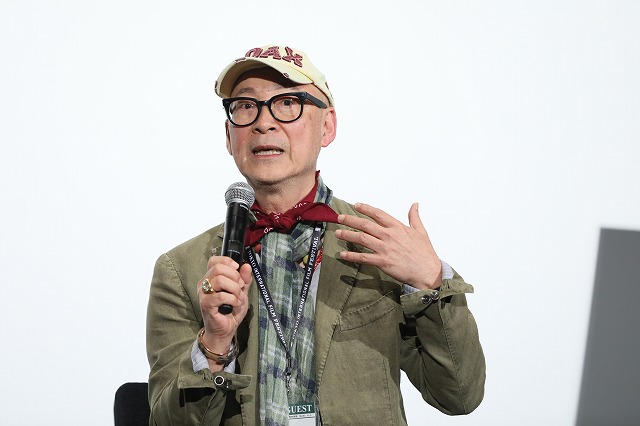 Yonfan was asked what he thinks about the future of freedom in Hong Kong. “We all know that Hong Kong is going through a very difficult period,” he responded. “I said at Venice that in the name of freedom and human rights and democracy, we’ve turned it upside down. I’ve even lost the freedom to walk on the street and take public transportation. When these comments reached Hong Kong, they canceled the premiere. So now I’m taking the movie around the world to festivals, but I hope to return home soon and screen it there.”

In No. 7 Cherry Lane, there is some discussion about characters leaving their home for distant shores. The director was asked, if Meiling and Ziming wanted to move from Hong Kong to find freedom today, what country would they go to?

Said Yonfan, “In 1967 we knew that the protests would end, but now it’s a different time. You have the internet and more than 400 TV channels around the world, but you can never tell what’s going to happen next. I can’t tell you where they would go, but I can tell you one thing: I will not leave Hong Kong. My heart belongs to Hong Kong.”