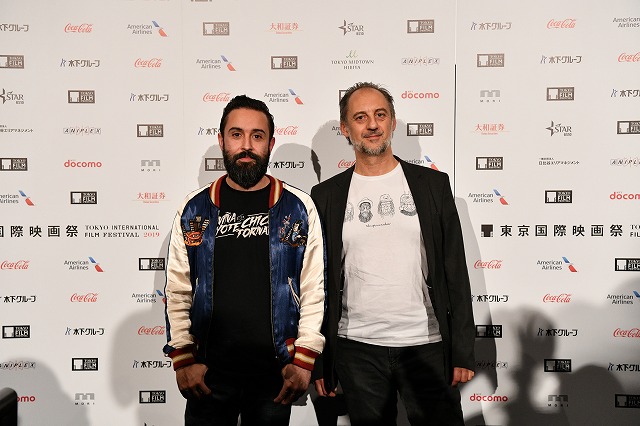 The whiplash developments that drive the plot of the Advantages of Travelling by Train, a Spanish film making its international premiere in the Competition section at the 32nd TIFF, have a way of keeping the viewer distanced. The story is so ridiculous in spots that it may even be difficult to process it all. But to say it’s simply an exercise in cinematic hijinks is shortchanging its cleverness.

After all, it’s based on a novel, and, according to both the director, Aritz Moreno, and the writer of the novel, Antonio Orejudo, both of whom appeared at a post-screening press conference on November 1, the script adhered closely to the original text.

“I became a big fan of the novel after I read it,” said Moreno. “And I thought it would be successful as a feature film, so I tried to stay as close to the original story as possible, including the dialogue.”

Orejudo had never imagined the book as a movie. “When I write, I don’t think in terms of images. I think in terms of verbal structures,” he said. “It wasn’t until I saw the finished movie that I realized I was imagining the situations in my mind visually.”

It’s difficult to pin the movie down narratively. A woman, Helga (Pilar Castro), boards a train and almost immediately a man in an oddly-colored suit sits in the seat opposite her, claiming to be a psychiatrist at the institution where Helga recently committed her husband. He professes that he studied her husband’s case and thinks she might be interested in other cases he has treated. He then proceeds to elaborate on stories within stories within stories that involve the war in Sarajevo, child trafficking, garbage hoarding, and toxic transvestitism. Helga takes this all in with an air of stupefaction, as does the audience, and once their skepticism about the veracity of these stories is verified, Helga begins to recall the events leading up to her husband’s breakdown, which involves a fetish for dogs, coprophilia, sexual sadomasochism, and elaborate literary conceits. 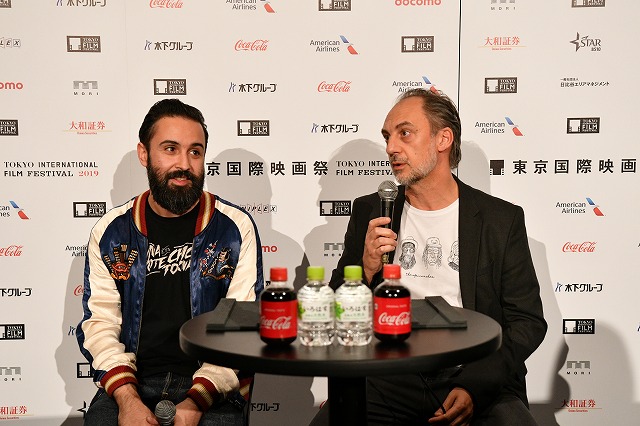 “Yes, it is a very crazy film,” admitted Moreno with a sheepish grin. Consequently, the reporters at the press conference were more interested in his motivation for making such an odd film than they were with the particulars of the production.

“Naturally, motivation is important,” he agreed. “Especially since it took me five years to finish it. It was my first film, and it’s difficult in Spain to make any kind of movie if you don’t have the backing of television stations. It wasn’t until I assembled a cast that was interested in playing these strange characters that I could get backing. I remember going to Berlin and I had only 3 minutes to pitch the film, and it was impossible.”

As for how he was able to cast such well-known actors, he seems baffled himself. “I think it was the script. The screenwriter did an exceptional job of adapting the novel, but in any case, the characters were interesting to the actors.”

Throughout the press conference, Moreno kept dropping Japanese phrases, and the ending theme to the movie is an adaptation of a kayokyoku pop song, so of course one reporter wanted to know his influences. Moreno explained that he has always loved Japan and comes here maybe twice a year — but he had nothing to do with the Japanese credit track, which the musician in charge of the score added at the last minute after seeing the final cut.

That answer didn’t seem to satisfy the emcee, who pressed further. “Well,” Moreno finally admitted, “my wife is Japanese.”