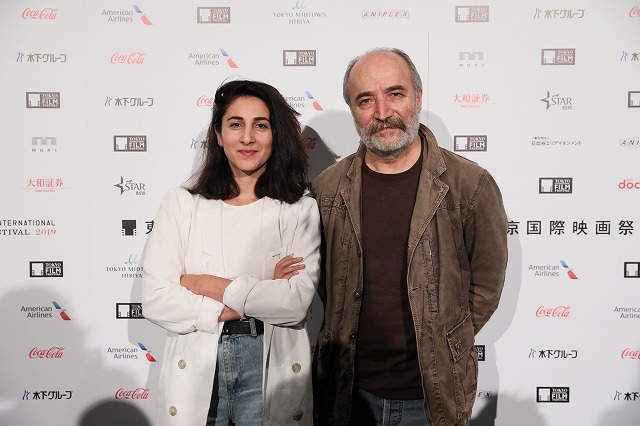 Allegorical to a fault, the Turkish feature Food for a Funeral, marking its world premiere in the Competition section of the 32nd TIFF, opens with two middle-aged men, one a traditional musician carrying a saz (lute), contemplating a half-eaten apple stuck in a frozen lake. This particular piece of fruit will carry symbolic baggage through the movie’s 100 minutes. 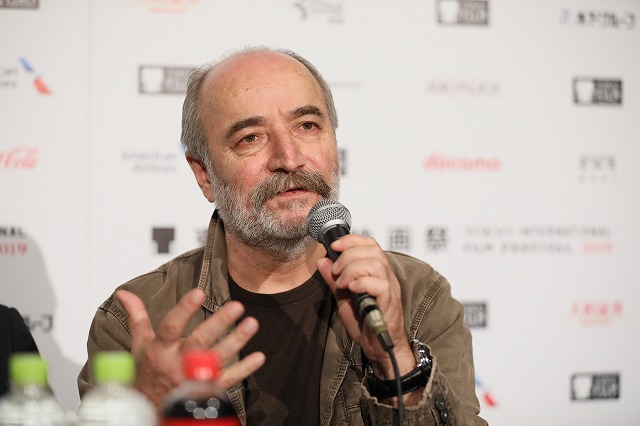 It’s a metaphor that writer-director Reis Çelik admits is no longer fashionable. Appearing at a post-screening press conference, he said, “All living things go back to the land, back to dust. Human beings always keep their pasts in their hearts. I am a storyteller, not just a film director, and this place is where I am from, a place that retains the same culture I grew up with. This is an intimate film for me because I, too, am going back to the land.”

The protagonist of Food for a Funeral, Mustafa (Takhan Omarov), is a sullen adolescent who is studying to become an Ashiq, a traditional musician like the one who contemplates the apple in the opening scene. These troubadours make their living entertaining at weddings and other ritual functions, but their vocation is less in demand as a wider range of music becomes available and tastes change. Mustafa’s master, Ziettin (Ziettin Aliev), is not long for this world, and he understands that Mustafa’s calling may not outlive him. He is hard on the boy in the way a master is hard on his apprentice, but there is a touch of resignation in his teaching style.

In a narrative that is more discursive than expository, scenes show how superstition vies with common sense to cause friction between village households. A running plot point is the drought that plagues the mountain hamlet. Is it a curse that needs to be remedied with the sacrifice of a goat, a scene that is both comical and disturbing; or is it simply a vagary of nature, as the punkish boys who hang out on the hill watching the herds, believe in their rebellious way?

These questions affect Mustafa, who is in love with a village girl betrothed to someone else. While accompanying his master to a musical conclave in Georgia, he is given an apple—a precious thing for a boy from a high altitude where fruit trees don’t grow—which he intends to give to the girl in the belief, as one of the film’s traditional songs puts forth, that such a gift will change his fortune.

“The apple is a metaphor,” said Çelik. “It represents the beginning of man.” Still, non-Turkish viewers may have a rough time extracting this meaning without a grounding in local culture owing to Çelik’s methodology, which relies less on actorly expression than on painterly tableaux.

Consequently, the questions at the press conference were practical, focused on the difference between Turkish culture and Georgian. In the film, there seems to be no divide, though what engaged the audience was one song, performed by a female Georgian ashiq, that burst forth from the screen like an explosion.

“We live in a modern society with borders that cause real issues,” said the director. “I don’t like borders myself, and I didn’t want to incorporate them into the story. My people go back and forth between Turkey and Georgia, and both nationalities live on both sides. Our languages are different, but we understand each other. What makes a person a person is what they say, so I didn’t want to get involved in translation matters.”

What the movie presents most conspicuously is a world that exists out of time, and one reporter seemed to believe that it took place in the middle of the 20th century (the program notes mentioned the 1960s, though Mustafa’s acrylic shoes would indicate otherwise). 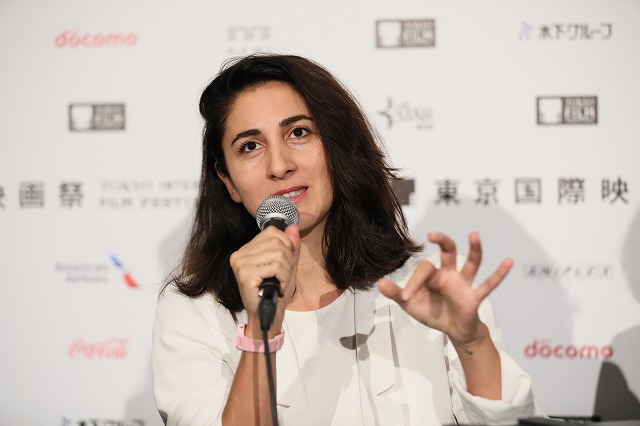 It was this timeless quality that attracted the producer, Dilek Aydin, who also attended the TIFF press conference. “I am of the younger generation of Turkish producers. Usually we produce films about urban life, having become bored with films that deal with the countryside. But when I read this script, I was moved by the poetry. It’s about a kind of tradition—in a way, the music could be transformed into a kind of hip-hop style. It’s just not like the movies we are used to seeing.”