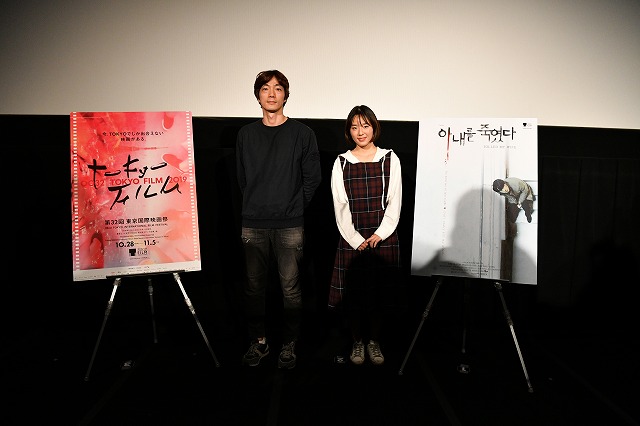 Kim Ha-ra, making his feature film debut with Killed My Wife in the 32nd TIFF Asian Future section, confided to the world premiere audience that his dream for the past 23 years had been to become a filmmaker. 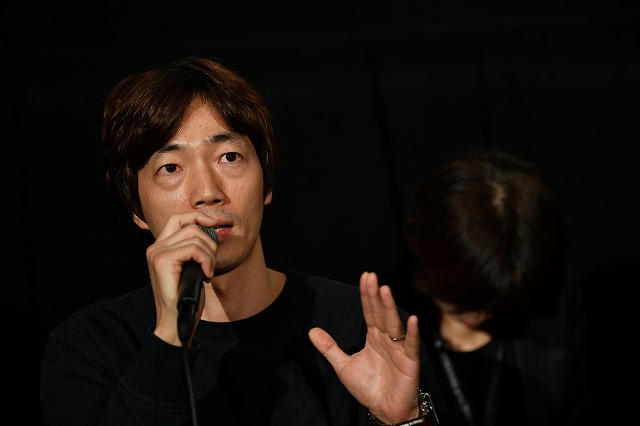 “I worked in advertising, produced documentaries and then about 5 years ago, I really began thinking about the kind of story I wanted to make. I decided it should be a story about our daily lives within the thriller genre. I wanted to take an in-depth look at daily life today, and when I came across this drama, it was just what I was looking for.”

Killed My Wife begins with several sharp knocks, which Chae Jung-ho (Lee Si-eon) incorporates, as sleepers do, into his waking dream. It’s a dream that misleads, setting the tone for the film’s many feints and flashbacks, sudden reveals, recovery of memories and even a Hitchcockian flourish, as well as some overtly comical moments.

When Jung-ho finally awakens, with a cracking hangover, and answers the door, Police Lt. Choi (Ahn Nae-sang) informs him that his beloved but estranged wife Mi-yeong (Wang Ji-hye) has been murdered. Before he can recall any details of the night before, Jung-ho realizes his hands are covered in blood. In his desperation, he knocks the cop out with a frypan (it won’t be the first time Choi is bopped on the head) before he can handcuff him, and escapes out the door.

Jung-ho’s headlong rush to prove his innocence is stymied by his heavy drinking — the cause of the separation, although he blames the drinking on the demands of married life, rather than on being laid off when his construction company restructured — and the many blanks in his memory. As pieces fall into place and memories begin to return, Jung-ho is plagued by the thought that the police suspicions are true. Fortunately, he’s helped by a former colleague and by a female bartender whom he rescues from violence (Moon Da-eun), and eventually the truth emerges.

In a film featuring loan sharks, gambling addiction, hostess karaoke with underage teens, brutal thugs, corrupt cops and other unsavory aspects of modern society, the director dares to mix in several slapstick elements, especially in the visual comparisons between the somewhat bumbling Lt. Choi and the bumbling suspect Jung-ho.

A member of the Q&A audience wondered why the film wasn’t completely serious, as most thrillers about the wrong man tend to be. “I made it somewhat of a black comedy because I wanted to depict the process of a family collapse,” explained Kim. “In that, there’s a lot of sorrow involved. Instead of making the suspense elements stronger, and focusing on the process of finding the killer, I decided to strengthen it with black comic elements.” 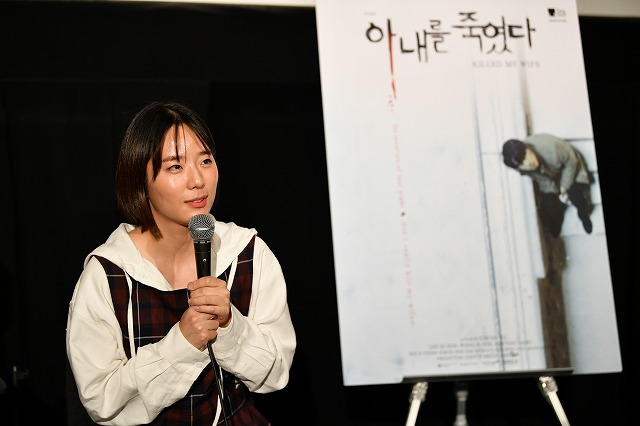 His co-screenplay adaptor, Moon Da-eun, who also acts as the bartender in the film, elucidated, “We felt that rather than looking for the killer, the process of why the murder happened was more important. When there’s some kind of humor, it allows your mind to relax a bit.

“We were adapting a web manga,” she continued. “Because it fit the web format, it was chopped into little pieces, and we had to go through the process of connecting the chopped-up pieces.”

The director noted, “The original was quite short, so we didn’t have to cut anything out. We kept the structure and added new elements related to social issues. For example, we added the bit where the cop takes the money and the backstory of why he needed it, as well as the final scene.”

That final scene, which will not be revealed here, is a surprising coda, and one that feels resoundingly downbeat after hints that the protagonist, freed from suspicion at last, might finally perk up. Said the director, “You might expect Jung-ho to live [in a different way] after the death of his wife,” agreed Kim, “but the era didn’t allow him to do so.”