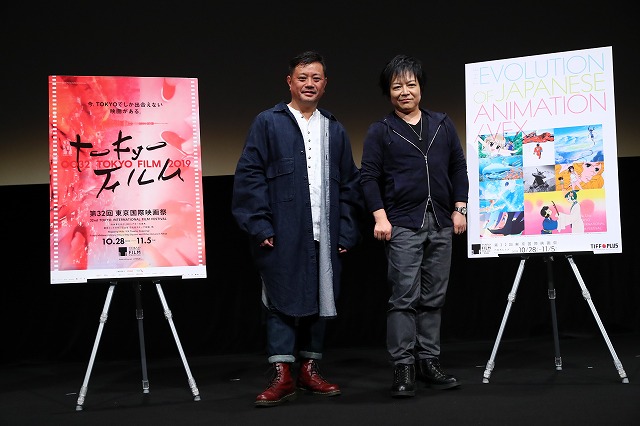 Veteran voice actors Mitsuo Iwata and Nozomu Sasaki looked back on their iconic performances as Kaneda and Tetsuo, respectively, in a talk show following a screening of Akira on November 1 as part of the Evolution of Japanese Animation section at the 32nd TIFF. The section highlights animated works that have greatly influenced the medium’s development in Japan. It was the first time the two had shared the stage together since Akira first premiered in 1988.

“We’re grateful to the Reiwa era for this rare opportunity together,” Sasaki told the audience. Iwata quipped back, “What the hell was the Heisei era doing?”

It is difficult to understate the importance of Katsuhiro Otomo’s Akira when it first came out in 1988. The sci-fi action feature, based on Otomo’s equally impactful manga about biker gangs, religious cults and government science-experiment conspiracies, was much more than its complex storyline. It introduced a new realism into the animated medium in Japan, with precise full animation equal to the best of Disney, but in the service of a violent cyberpunk spectacle that would inspire legions of animators, who would imbue future works with their own idiosyncratic touches.

With its sense of dystopian cool, musical rhythm and cryptic spiritualism, the film also “opened” anime up to many audiences outside of Japan. It was embraced and championed as a medium capable of telling sophisticated science fiction narratives on par with live-action masterpieces.

Set in the year 2019, in a Tokyo remade from an apparent nuclear explosion and set to welcome the return of the Olympics, Akira’s fictional setting has also finally caught up to the present moment in an eerily prescient way. “When Tokyo was awarded the Olympics for 2020, the net was abuzz,” joked Iwata. “Was Otomo clairvoyant, did he foretell the future?”

“I actually thought 1999 would be the end of the world,” responded Sasaki. “We were so young and didn’t think that far into the future.” 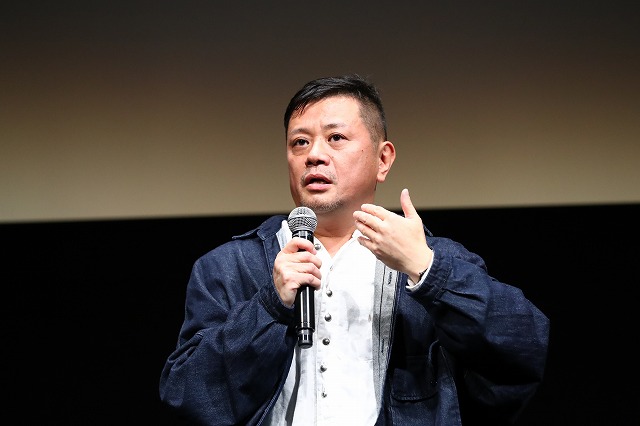 Iwata was a fan of Otomo’s manga at the time, reading each weekly Akira installment in Young Magazine. “I never imagined I would be cast as Kaneda,” he said, “so I was just happy to be part of the project. I had no idea that the film would become such an important work.”

According to Iwata, the two were cast after three rounds of auditions when the filmmakers found they matched well as the central leads. It was only Sasaki’s second year as a voice actor, and he had to quickly get over his admiration of the veteran Iwata after what he claimed was luck for “stumbling into the role.” Iwata, on the other hand, thought Sasaki was perfect for the lead immediately: “The first time I heard his voice, I thought, ‘Oh, this is Tetsuo!’” 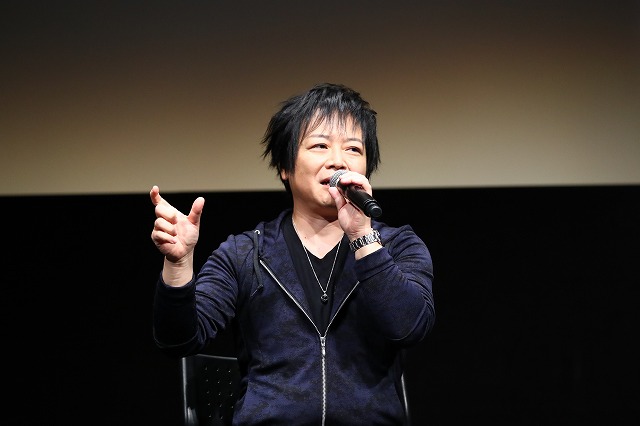 Sasaki gradually grew to understand the scale of the project after colleagues began asking him about the film. “It helped me double down on focusing on the job at hand,” he said.

The recording process for the film was famously unusual, as it used a “pre-recording” process that is rare for the Japanese animation industry even today. “With most anime, the visuals come first, and we have to match our acting to them,” explained Sasaki. “There’s a lot of calculation in that – when we take our breaths, for example, or the speed of our lines so that we’re not still speaking when the character’s mouth has stopped moving.”

The filmmakers opted instead to record the voice actors before any of the visuals were completed, and the actors were provided with both the script and full-film storyboards drawn by Otomo before recording began. When they got to the studio, Otomo would show them the storyboards on screen and point out what scene they would be recording that day.

“It was like doing a radio drama,” recalled Iwata. “We were able to indulge in the space. We didn’t do it all at once, but through many takes over many months, for over a year.”

Added Sasaki, “There wasn’t a lot of meticulous direction. We could be creative and spontaneous with the highs and lows or the tones of our voices, the pacing and tempo. We could really concentrate on our characters and acting.”

Voice actors also usually have to be very conscious of their physical actions in the recording booth so that microphones don’t pick up any noise other than voices, but the studio for Akira’s recording had a very high ceiling and allowed for more physical movement. “It was as if we were acting in a small stage play, as stage actors, with director Otomo,” said Sasaki. “It was a luxurious experience,” added Iwata.

The two concluded the talk show by re-enacting a couple different lines from the film to raucous laughter and applause, where Sasaki, as Tetsuo, taunted, “I’ll be the one rescuing you from now on. Just say the word, Kanny.” Iwata, as Kaneda, responded, “That’s Mr. Kaneda to you, you forehead punk!”