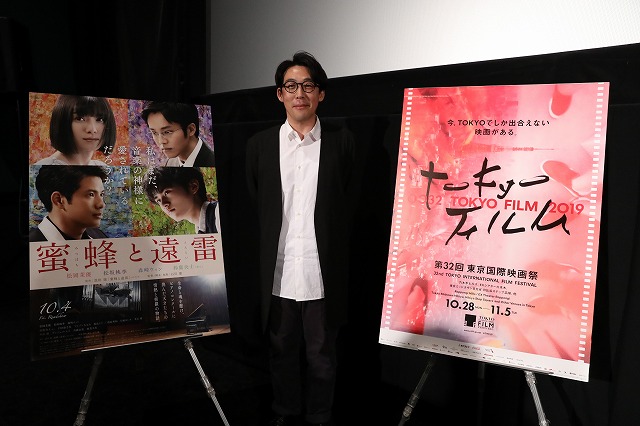 Director Kei Ishikawa, who studied filmmaking in Poland before returning to Japan to direct his first feature, has followed up with the current box-office hit Listen to the Universe, playing at TIFF 32 in the Japan Now Section. Appearing for a Q&A session on October 31, he delved into his successful efforts to “capture music cinematically.”

Listen to the Universe recounts the story of four young pianists who compete at an international concours, but it doesn’t rely on that old trope of devious geniuses doing whatever it takes to beat their rivals. Rather, the film is purely about music, the art of making sounds, and the collective struggles of the pianists to be better performers.

Based on the award-winning original book by Riku Onda, Listen to the Universe was also written and edited by Ishikawa. Making an impressive feature debut with Gukoroku: Traces of Sin in 2016, Ishikawa has now made a film that is nearly as sunny as that one was dark, with three stars — Mayu Matsuoka, Tori Matsuzaka, Win Morisaki — and a very promising newcomer, Oji Suzuka.

After a full-house screening on October 31, Ishikawa appeared at a Q&A session moderated by Japan Now Programming Advisor Kohei Ando, and talked about the difficulty of adapting Onda’s book: “It was quite difficult. Generally, a plot involving music uses musical elements to develop a story, but Onda’s book was about music, period. That, I thought, was impressive and novel.”

To hew closer to Onda’s approach, Ishikawa also aimed to make the film about music. “Characters get together in Act I,” the director explained. “The second competition round, called ‘Spring and Asura,’ is Act II. And the final round is Act III. I wrote three acts, but it was intended to be three musical movements. The whole film is one concerto. Rather than unnecessarily explaining too much, I wanted the audience to experience the film as if they were listening to music.”

He continued, “In this film, the four pianists can enhance each other. They are not fighting against each other, but fighting together against the music. Of course, music is not something that can be visualized easily. But Onda expressed music through literature, so I thought, why not capture music through cinematic means?” 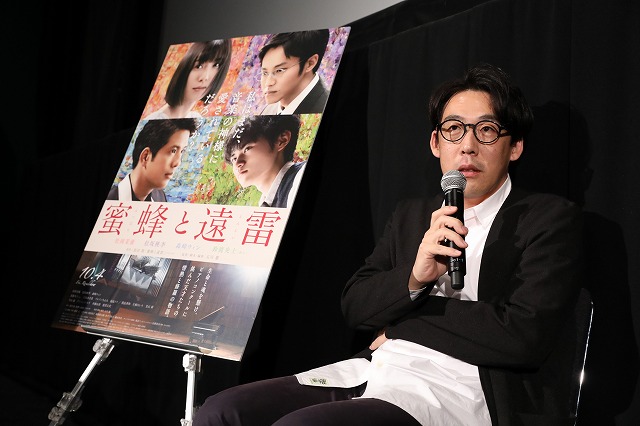 Ishikawa also noted that, to make the most of the musical scores in the film, they were actually recorded even prior to casting. World-class Japanese pianists were hired to perform the pieces that the film’s characters play, and once the recording was done, the production team decided which music would perfectly fit the personality of each character. As Ando pointed out, “Music made the characters.”

Among the actors, Tori Matsuzaka shines as older salaryman Akashi Takashima, who has a loving family but decides to seize his final chance to challenge younger geniuses with “commoner’s” music. According to Ishikawa, the character has more significance in the film than in the novel.

“Tori was really good,” said the director. “I thought just showing pure geniuses would not be [an interesting] idea. So, I made his role bigger. Audiences then view the geniuses through Akashi’s eyes. For me personally, I feel closest to Tori’s character.”

Another memorable actor is Oji Suzuka, who played Jin Kazama, a 16-year-old unknown who turns out to be a true genius. Among those who auditioned for Kazama’s role, “Suzuka was the most inconceivable. He was like, he just came from Okayama, had only auditioned twice before, and did not know much about acting. But I couldn’t forget him,” said Ishikawa, “He could turn out to be either a gift or a bomb, but I felt choosing him was the right choice.”

Listen to the Universe is currently in cinemas throughout Japan.