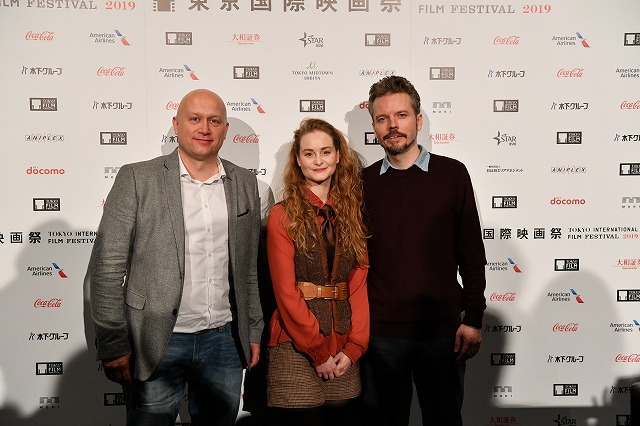 Kris (Søndergaard) lives on a farm in a rural part of Denmark. Her daily life is occupied by tending to livestock and, in a much more overprotective way, to her uncle, who became her legal guardian after the death of her parents. He has since suffered a stroke and can no longer tend to the farm on his own. Kris meets and cautiously starts a relationship with another farmer and, inspired by his goal of becoming an engineer, begins to remember her own dreams of becoming a veterinarian. The young woman warily begins to explore her life choices, reluctant of leaving her beloved uncle behind. 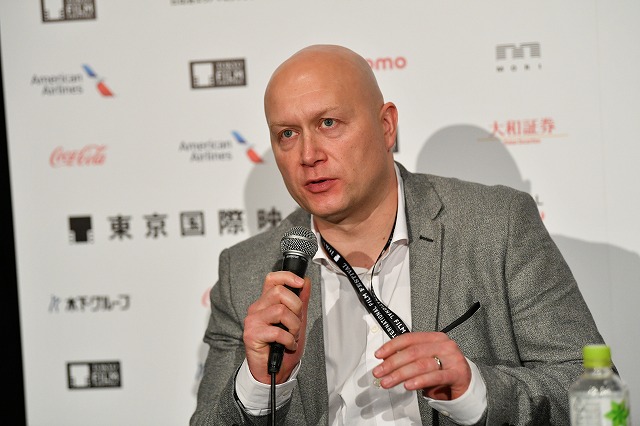 Petersen – who also wrote, edited, and shot the film – penned the role specifically for Søndergaard, who was a veterinarian before appearing in this, her second film and first lead role. “We had talked about her character arc,” said Søndergaard. “She is not unhappy; she loves her uncle and living on the farm, but she has forgotten herself a bit, and has pushed her needs and wants aside to be there for him.” 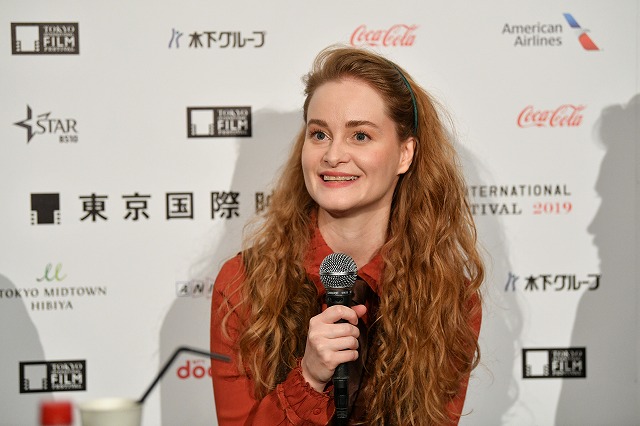 Søndergaard did not grow up on a farm, but someone else did: her uncle – an utterly charming Peter Tygesen, who plays the titular uncle in the film in his film acting debut. “He taught me how to ride a tractor,” she laughed.

Petersen explained how he incorporated Tygesen into the film as a character. “Peter has been a farmer his whole life, born and raised on it. I asked him if he’d like to debut as an actor at the age of 63, and he said ‘Sure.’”

Fact and fiction blur in the detailed character portrayals. Tygesen had suffered a stroke several years earlier, and Petersen wrote this into the script as well as a natural reason for Kris to leave her dreams behind. Søndergaard’s own experience as a vet is on display in the many natural scenes with the farm’s cattle. “Cows have ‘tells,’ – their tails and ears – so you know which ones are nice and easy to talk to,” she remarked.

Uncle is also based on Petersen’s own experiences growing up on and leaving a Danish farm. “If you want to go to university in Denmark, you have to move away from home and family,” said Petersen. “I wanted to tell a story about where I came from, where the agricultural environment is a big part of the southern Denmark region.”

The film is full of details drawn from this environment: mundane breakfasts of toast and processed spreads; hosing down tractors; the eventful sudden birth of a calf; and glorious wide shots of sunrises and sunsets on the plain.

The filmmakers shot everything on location, meaning they had to brave the environmental elements. “Usually in Denmark, there is a hard winter and a short summer with a lot of rain,” said Petersen. “This year, when we were shooting, it was raining all the time.”

Luckily for the crew, they could shoot interior scenes during rainy days, but opted to use as much natural light as possible. “We didn’t do a lot of art direction, because we wanted to use the farm as it was,” explained Petersen.

Despite the simple trappings, Uncle is a compelling character drama of a young girl at a crossroads in life; the audience follows Kris as she slowly comes out of her shell, hoping she can realize her potential. While her uncle reads and watches the news, comfortable with a connection to the outside world without really engaging with it, Kris is grappling with something deeper within. “She has her own small world,” said Petersen. “We are all individuals with our own battles every day that often overshadow all that is going on in the world.”

The simple synopsis of Uncle might have been a risk for producer Lorezen, but he said he was happy that Petersen was taking the next step and making a movie from his heart: “Stories like these are universal and it’s a story you can tell in Japan or in Denmark.”