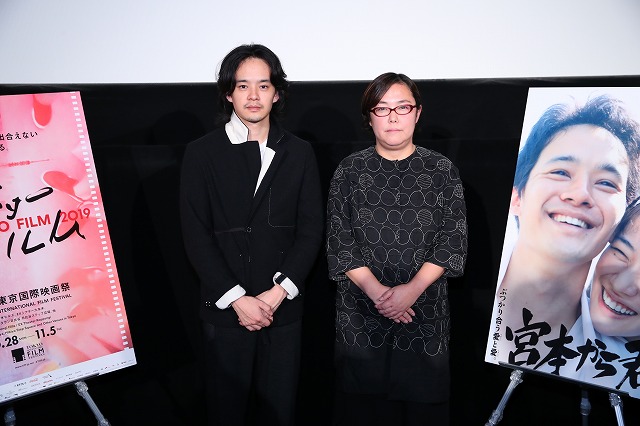 Miyamoto is all about a salesman whose life is turned upside-down and inside-out when he commits himself 100 percent to his girlfriend Yasuko. Just a month after its theatrical release in Japan, Tetsuya Mariko’s third feature played to an SRO crowd in the TIFF 32 Japan Now section on 31 October. 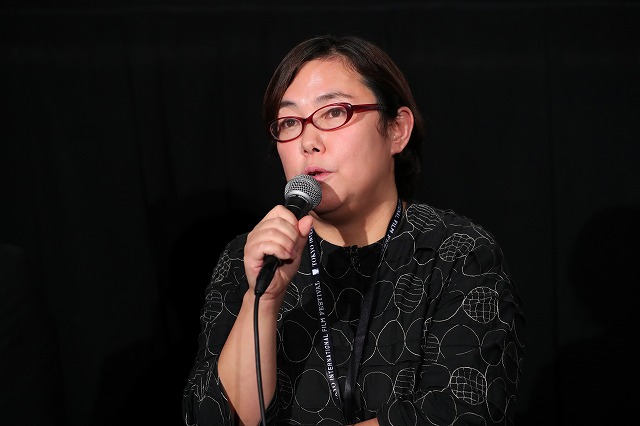 The film’s producer, Junko Sato, and titular star, Sousuke Ikematsu, were on hand for the post-screening Q&A, and the producer recalled, “It took lots of time to make Miyamoto into a film. For the last two years, my production company [Star Sands] was involved in making the film version, but it took years to first be made into a (very popular) TV series before we could start the feature.”

Based on Hideki Arai’s popular manga, released in the early 1990s, Miyamoto was adapted to the screen by singular helmer Mariko, who also made the equally edgy Destruction Babies. Despite significant delays in production, the director always wanted Ikematsu to play the role of Miyamoto. “I got an offer 6 or 7 years ago,” Ikematsu told the audience. “Mariko and I were on board since then.” 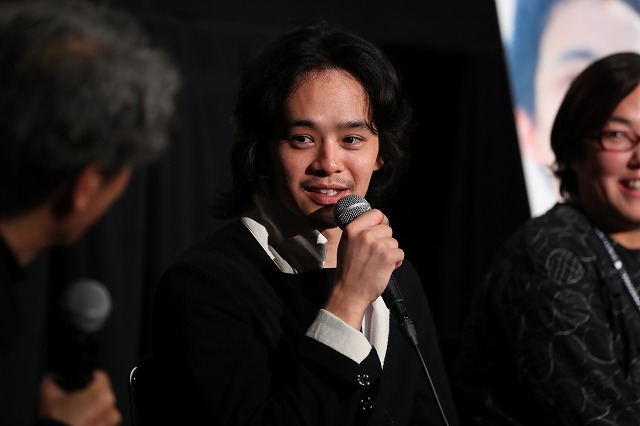 It’s understandable why the director eyed only Ikematsu for the role, as his fierce and powerful acting is one of the best features of the film. However, the actor himself is not so sure about the intensity of his approach, even after the completion of the film. “Honestly, I’m still not sure if it was good or bad,” he said. “The film is based on a legendary comic, almost like a bible for many readers. Also it was a role that requires loads of power and energy, to fully depict Miyamoto’s ambivalence and breakthrough. I was wondering if I could really do it right during shooting. I still think about it now.”

Miyamoto is one of those characters who can’t seem to do anything right, despite trying their hardest. He’s also not the type of person one wants to become friends with: he’s too passionate, emotional and egoistically pure. But he’s an honest guy with a sense of justice. His great love, Yasuko (played by Yu Aoi), is even more emotional, a vulnerable woman who always seems to need the support of men. To watch these two screaming and fighting is a sight to behold.

Kohei Ando, Japan Now’s programming advisor, praised Ikematsu’s fearless performance, saying, “Everything that is Ikematsu is always there behind Miyamoto onscreen.” Agreed Sato, “That is so true. The crew see Miyamoto and Ikematsu as the same person.” This doesn’t seem possible, given the film character’s penchant for punching anyone who says anything remotely offensive, but it’s apparently the highest praise.

Miyamoto has sadly become (in)famous for a recent case of what some consider government censorship, when The Japan Arts Council decided to withdrew funding for the film when one of its actors was found guilty of drug use.

Ikematsu said he was thinking about the significance of the film being produced in the transitional period between Japan’s Heisei and Reiwa eras. “We need to be much stronger. With Miyamoto’s strong will, I thought I could deliver Heisei willpower,” said the actor, “From Miyamoto to you (the film’s title in direct translation): it is so strong just simply by living your life.”