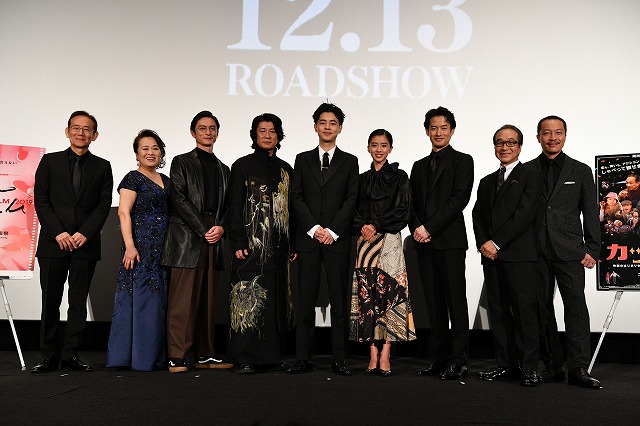 Looking rather serious as they entered the Roppongi Hills Arena with much fanfare on October 31, the stars and director of TIFF 32’s Gala Screening event, Talking the Pictures, dissolved into smiles as they began recounting the process of shooting the film.

For those who have never had the unforgettable experience of watching a live katsudo benshi narrator, Talking the Pictures is the next best thing. Cleverly written by Masayuki Suo, the director of such indelible works as Shall We Dance? (1996), and Lady Maiko (2014), the story is set about 100 years ago, when silent pictures were always accompanied by a katsuben performer.

As we learn from the film (which is poised to become one of the biggest hits of the year when it opens in December), many of the katsuben became bigger stars than the actors on screen — to such an extent that there wasn’t a great demand for sound pictures when they were first available in Japan.

At the center of Talking the Pictures is fast-rising star Ryo Narita, playing a young man named Shuntaro who always dreamed of becoming a katsuben, but has now fallen in with a band of thieves. The gang travels around to movie houses in small towns and Shuntaro poses as a once-famous katsuben who’s already retired, delivering narration as the gang robs the patrons’ homes. By chance, Shuntaro escapes with a bundle of money and finds work at a rundown theater where he can hide out. But when he gets his big break on stage one night, his pursuers discover his whereabouts, as do the police. His first love, Umeko (Yuina Kuroshima), also happens to be there, so there may be a silver lining… as long as all the misunderstandings and crazy chases can be straightened out in time. 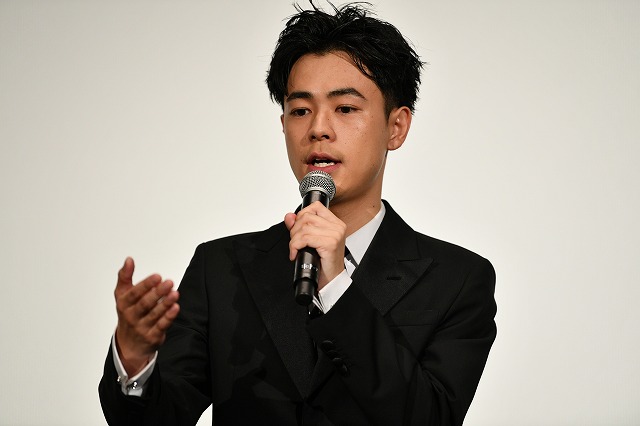 Narita told the enormous crowd who had gathered for the event: “I spent half a year on this film with a great cast and crew, and it was a time I’ll always treasure. I hope you will treasure the film.” 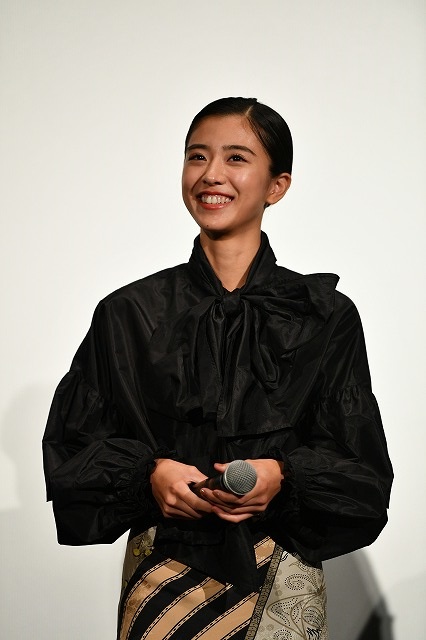 Kuroshima, playing one of her first major roles, said, “We all had a passion to make a great film, and I’m so happy to be sharing it with you.” 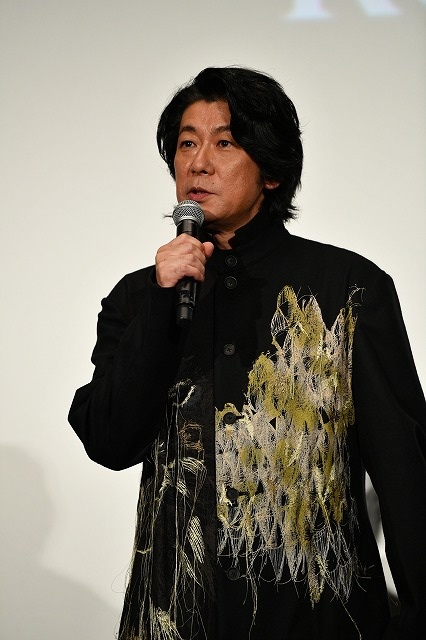 Masatoshi Nagase, who plays the rundown theater’s drunken former katsuben star, self-styled as the Poet of the Dark, told the audience, “It was a superlative experience, and I enjoyed every single day of the shoot.” 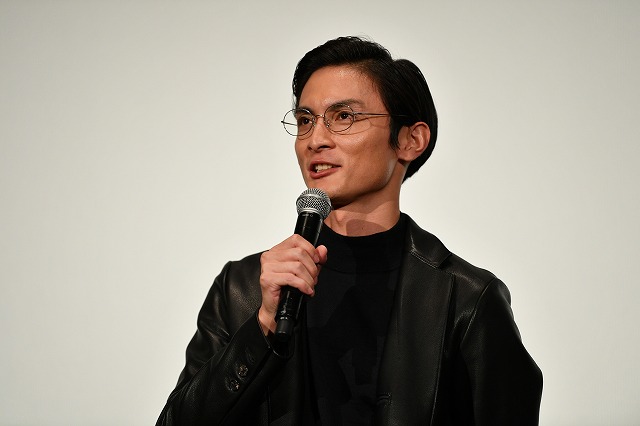 Kengo Kora, who plays a slimy rival katsuben, told the audience, “This was a once-in-a-lifetime role, playing a benshi narrator. I really relished it.” 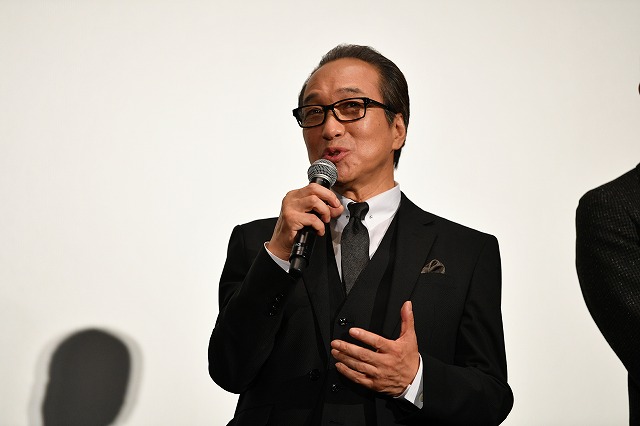 “I was feeling the great passion and energy of the people who made films 100 years ago, as well as the passion of their audiences,” said Fumiyo Kohinata, “and it’s made me even more passionate about working in films.” 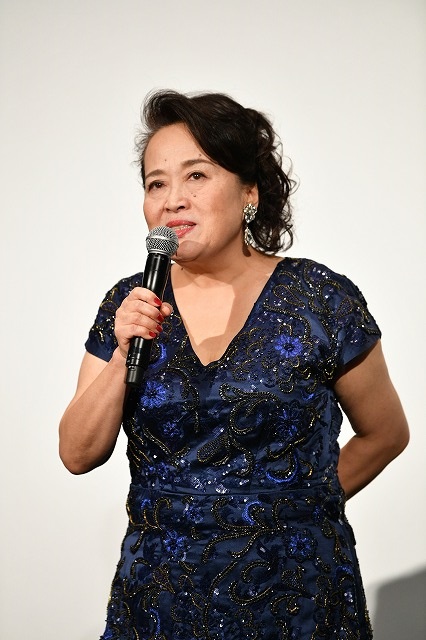 Team Suo favorite Eri Watanabe told the fans, “I had a great time on set. I’ve been in a number of Mr. Suo’s films, although he cut most of the scenes I shot for Lady Maiko.” She shot him one of those looks, as the audience laughed. “Each of the characters in this film are really quite unique, including the villains, and I know you’ll enjoy them.”

Suo hastily reassured, “I didn’t cut anyone from this film, so they’re all here. This was my first period piece, so I was quite nervous going in. But the set was so enjoyable, it was really the most fun I’ve had making any of my films.” 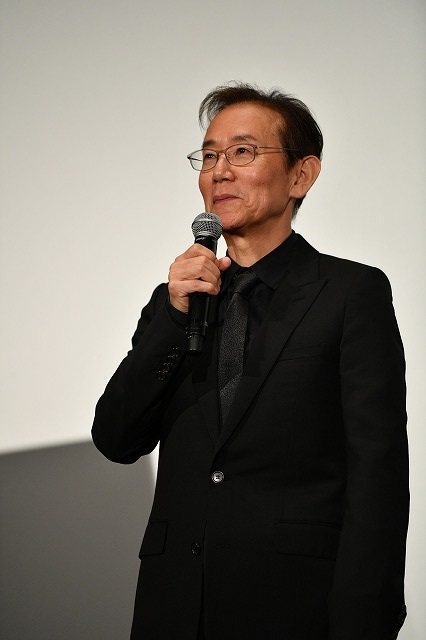 Suo also spoke about his research for the film: “It was a big discovery for me to find that theaters were filled with sound (from the live performances of the benshi), even though the films themselves were silent. I was able to make my own silent film, of sorts, by including clips of many silent actors who are no longer with us, so I hope you enjoy it.”

With that, Team Suo left the stage and took to the red carpet, signing autographs and answering questions from local and international media.

Talking the Pictures makes its international premiere at the Taipei Golden Horse Film Festival and Awards later this month.