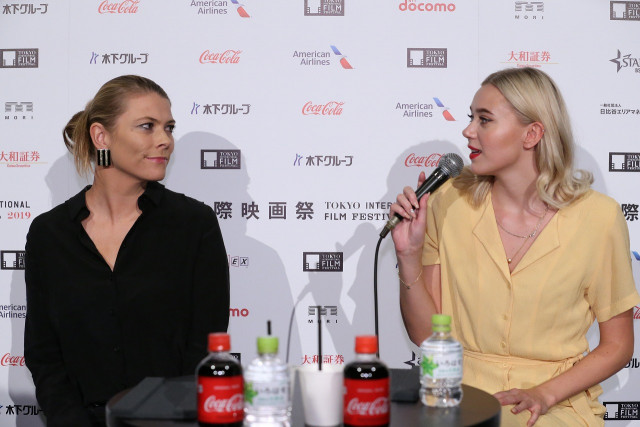 Faith in the purest sense of the word is the theme of Disco, the Norwegian contribution to the Competition section of the 32nd Tokyo International Film Festival. But that doesn’t mean faith in one’s ability to boogie, as the title might imply.

Teenager Mirjam (Josefine Frida Pettersen) is a champion disco dancer who is mainly a billboard for a Christian cult run by her stepfather, a handsome, buff, charismatic adherent of the kind of Pentecostal belief system characterized by American evangelical churches. It’s obvious from the start that Mirjam doesn’t trust him, but she’s too unsure of her own faith to make a move. Then, when her dancing gifts start to fail her in competition, everyone blames it on her lack of faith rather than what appears to be the real problem—bulimia brought on by depression. 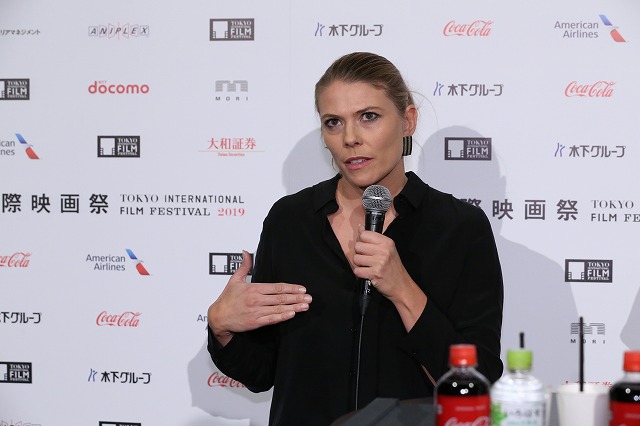 “Once I started studying the subject,” she said, “I saw that there were so many vectors spinning out of the Pentecostal Church, and it made it difficult, because I wanted to show that situation as authentically as possible.” She talked to people still in the church and those who had left out of disillusionment. Rather than distill them all into a common faith-based concept, she sampled at least three, which means you get a whole lot of religion in Disco and not that much dancing.

The film has already opened in Norway and naturally, caused quite a stir. “There was lots of coverage in Christian newspapers as well as national media,” said Syversen. “Most of the critics said the problems we focused on were marginal, not structural. Some churches welcomed the debate, but others were quite offended, saying we ignored the Christian message.”

Actually, the movie is quite thorough about the Christian message, but within the story it tends to be incorporated into sermons about guilt and loyalty. Mirjam, for instance, is torn between her stepfather’s small church and the more aggressive teaching of her uncle, the burly leader of a rival congregation who seems to want Mirjam to defect. Then there is a Catholic cult that senses Mirjam’s doubt—her struggle to believe in believing, as the leader says—and talks her into joining a weekend retreat that turns sinister and violent. 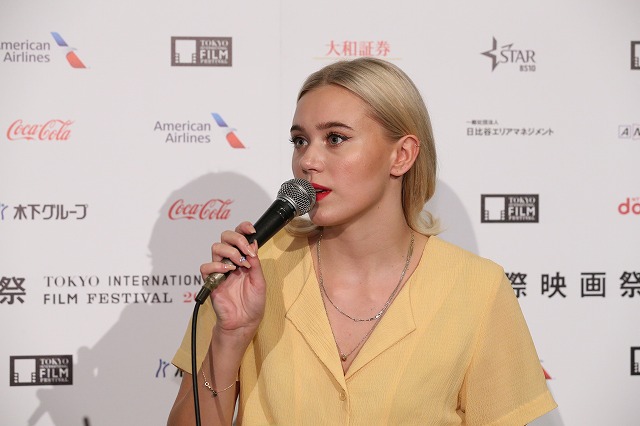 “I don’t think the movie changed my opinion of faith,” said actress Josefine Frida Pettersen, also appearing at the press conference. “But I did learn a lot of things about churches that I never realized before. I now have a clearer idea of the problems [surrounding organized religion] and think it’s important that people ask questions about society and the role that Christianity plays in it.”

One press member wondered how much of the movie was scripted and how much was improvised, since the development of the plot doesn’t always lead where the viewer expects.

“I think the script was very important,” said Syversen. “But not because of the dialogue. If something happened in the moment, I allowed it to happen naturally. There was a sub-context in all the scenes that the actors played off of in order. to create energy. Josefine has a wide range of emotions to dive into, so working with her was a joy.”

For her part, Pettersen thought that the scene in which she was baptized by the Catholic cult was perhaps a little too spontaneous. “For safety reasons we had ‘safe words’ to use so the situation wouldn’t get out of hand,” she said. “But as you can imagine, it wasn’t my favorite scene.”