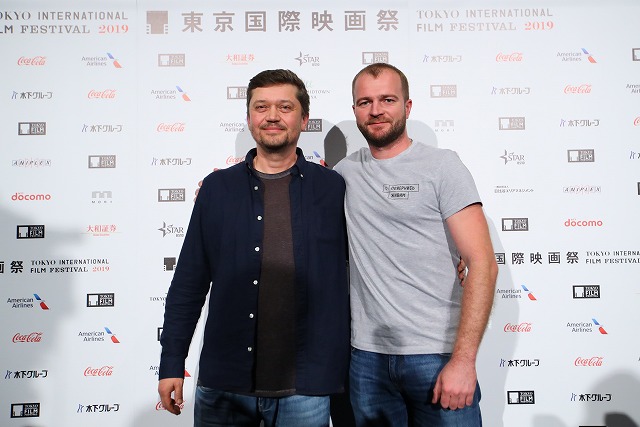 Though set in 2025, “two years after the war” has ended, Atlantis, a Ukrainian film making its world premiere in the Competition section of the 32nd Tokyo International Film Festival, feels up to the minute. Its director, Valentyn Vasyanovych, admitted as much during the post-screening press conference on Oct. 30. 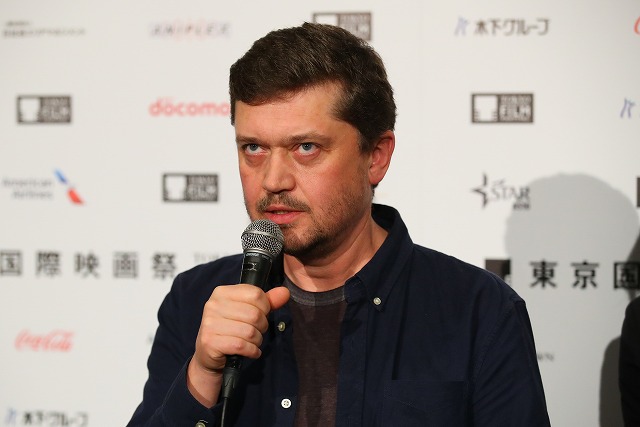 “I made this film to remind the world that the war is still going on,” he said. “Most films about real wars are made 10 to 15 years afterward, and when I wrote the script I tried to avoid demonizing the enemy. Essentially, I wanted to show the results of war, so I set it in the near future.”

The enemy in this case is Russia, and there are scenes that make this conflict plain without actually going into the particulars of why the two countries are fighting. The main character, Sergiy, is a veteran who suffers from PTSD, which he deals with by reenacting his wartime experience with metal silhouettes. His partner in these exercises doesn’t cope quite as well, giving in to despair after he is criticized on the job (welding at a soon-to-be-redundant steel factory).

Sergiy is perhaps less prone to hopelessness, but he nevertheless carries the war with him at all times. He takes a job delivering tanks of water to outlying areas where the environment has been made toxic by the war. There he meets people who are actually trying to make amends, mainly by digging up bodies, both Ukrainian and Russian, and identifying them for proper burial. Though it’s obviously a form of reckoning and even atonement, it aggravates Sergiy’s PTSD. 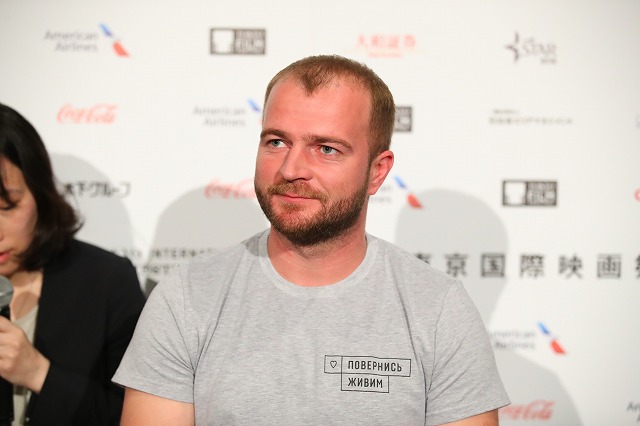 Andriy Rymaruk, who plays Sergiy, is not a professional actor. Vasyanovych told the press that he had auditioned people with actual experience in war.

While Rymaruk didn’t admit to having PTSD, he does carry the war within him still. “I fought for a year and a half,” he said. “What I saw was blood and death. Ten percent of the people who come back from the war are alcoholics, and a good portion are also suicidal. The shoot was a precious experience for me. It was hard because it reminded me of my own war experience in 2015, but I saw it as an opportunity to reveal what really happened.”

One reporter asked the director about his style. “I come from a documentary background,” said Vasyanovych, “so this, my first feature, was a challenge. I used wide frames and long shots to increase the drama of each scene and get a more emotional reaction. Also, I didn’t want to shoot just people, but also the environment.”

In that regard, Atlantis is revelatory. Shot mostly in grey and without a lot of contrast, it depicts a world devoid of life except for whatever action its human inhabitants carry out. War in this world is a reality in ways that most war films fail to convey.

“We often joked on set,” said Vasyanovych. “Andriy had to suffer twice, once from the war and a second time making a movie about the war.”

The film makes room for the kind of realism—everyday, nondescript but no less disconcerting—that most war films ignore. But as the director pointed out, a documentary couldn’t have done justice to the kinds of themes he wanted to tackle.

“It’s difficult to avoid political issues in such a film,” he said, but by setting his movie in the near future he at least avoided making those issues explicit. Instead, he has created a work that addresses war as a universal and immediate scourge.