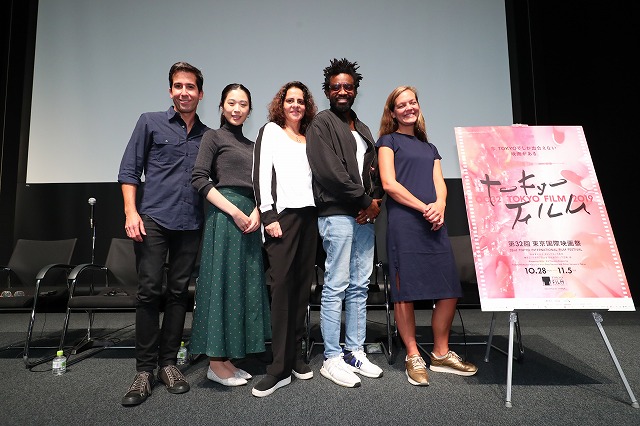 In a wide-ranging discussion presented at TIFF 32 under the auspices of American Airlines, a panel of filmmakers and festival programmers from the US, Brazil, Mexico/Germany and Japan exchanged information on the state of independent filmmaking and the possibilities for collaboration, as well as tactics for fighting the predominance of Hollywood blockbusters in their local theaters.

Fernando Loureiro, co-founder of Exhibit, a Los Angeles-based production company and producer of the indie hits Frances Ha, I Think We’re Alone Now and The Little Hours, kicked off the symposium with his thoughts on selecting the best projects to pursue. “It all starts with a script,” he said. “I always look for scripts that are most original, that speak to me. Part of it is emotional, but there’s also the rational producer side of my brain thinking, ‘Can I get this made? What’s the budget? Who should be in the cast? Who’s the right director for the material?’ I don’t try to guess what the audience would think, but whether I want to see it myself. I tell directors, ‘If you want to set your film apart, you want it to be different. Make it weird, make it different, either through the storytelling or cinematography.’ I think the challenging films are the most remembered.”

He also discussed the importance of casting: “Every film is different, it has its own path and its own life,” said Loureiro. “I usually go with the director and attach actors. I work with talent agencies who have their own financing departments, and they help me [get the film funded]. Being in a major festival is one of the best ways to sell a film, and that’s where we find distributors.” But he admitted that many big-name actors are less interested in doing small indie films, since “TV series have the character-driven work that used to be reserved for indies.”

Brazilian writer/director/producer Adriana L. Dutra discussed the different hats she wears in her country: “I have two specific roles in the industry. One was creating the Inffinito Festival Circuit (composed of Brazilian film festivals in 10 cities around the world: Miami, New York, London, Barcelona, Madrid, Rome, Buenos Aires, Vancouver, Montevideo and Canudos) about 25 years ago, to promote our professionals and create visibility and a network for our filmmakers around the world.

“I’m also a filmmaker, and I’ve been making documentaries for the past 10 years. The environment for filmmaking in Brazil was excellent until the last election. We used to have a tax-generated fund that professionals could apply to. But after the election, we’ve been paralyzed.”

Brazilian actor Fabrício Boliveira, an acclaimed theater and film actor who is one of the stars of Nise – The Heart of Madness (2015, Roberto Berliner), which won the TIFF Grand Prix, interjected, “I think we need more dialog between countries, not just political conversation.” Alternating between Portuguese and English, he said, “I believe we need to create more opportunities between our professionals. If you wait for the political systems, it won’t happen. Let’s go — we have to do it by ourselves. I would love to see a Brazilian package of films within the Tokyo International Film Festival.”

German-born Nina Rodríguez, who has been head of programming for the Guanajuato International Film Festival (GIFF) in Mexico since 2006, commented, “I think festivals are taking on the role of distribution and finding new talents. There are a lot of films produced in Mexico but they’re often not getting seen. There are still only two official film schools. We started the Guanajuato Film Festival 22 years ago with the idea to offer a platform for new talents, for films that do something different, that challenge you. We’re also a platform for encounters, to meet people and perhaps work together on future projects.”

Speaking in fluent English, Japanese actress Shuna Iijima (whose feature film debut was in Hiroshi Shoji’s Ken and Kazu, which made a splash in TIFF’s Japanese Cinema Splash section in 2015), told the audience about her experiences acting in the “super low-budget indie film” Bad Poetry Tokyo, for which she won Best Actress Awards at the Osaka Asian Film Festival and the Slemani International Film Festival in Iraq. Admitting that she’d been disappointed about the Japanese press’ lack of interest in the film and its festival successes, she said, “The director, Anshul Chauhan, is Indian, but based in Tokyo. The small crew became like a family. We were always together. The shoot was about 14 days and it was maybe one year from the conception of the project. But Anshul had different story ideas, and we talked them over and narrowed it down together. For him, everything was new. He had a career as an animator, but not in [live-action] films.” 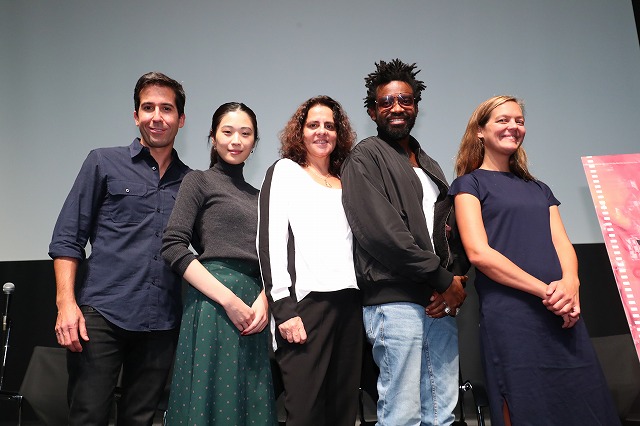 The panel all agreed that cinema, no matter which country is producing it, tells stories that may be local but have the power to be universal. As Rodríguez reminded, “Film can communicate across borders much more easily than language. I think that’s especially important in this time when many people seem to have trouble communicating.”

Loureiro sounded an essential note of optimism: “The world has really opened up to regional films, to local-language films. The industry is looking for local filmmakers, either to bring them to work in the US or to work with them in their own countries. You should be ambitious and network at festivals.”