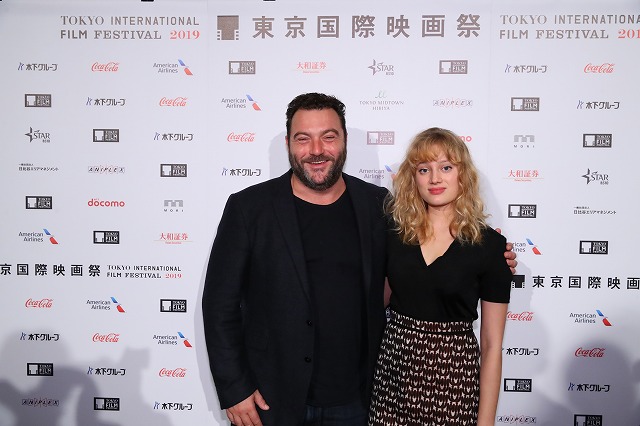 Denis Ménochet and Nadia Tereszkiewicz, two of the stars of director Dominik Moll’s sixth film, Only the Animals, talked about love, loneliness, coincidence and “magnificent idiocy” at a press conference following a screening on October 30. The film is making its Asian premiere in TIFF’s Competition section.

In the frosty, nonlinear noir mystery, a woman goes missing amid a blizzard on the Causse Méjean plateau in France, and the film weaves back and forth in time to view the tragedy from the perspectives of five different characters on two continents, including the woman herself. Each of them is living a somewhat secret life, longing to escape from their real ones, if only briefly. And all are connected in mysterious ways by an all-pervasive sense that they are not in control of our own destinies.

Each character has a chapter, headed by their name. The first is devoted to Alice (Laure Calamy), a homecare nurse, who lives in central France with her stolid livestock-farmer husband, Michel (Denis Ménochet). Alice is having sex (“an affair” would be overstating it) with one of her patients, Joseph (Damien Bonnard), who declares that he “only talks to the animals and the dog,” and wants to be alone with the memories of his recently deceased mother. “I love you,” she tells him; “I’m not interested,” he responds. Et voila: one of the film’s key themes announces itself. 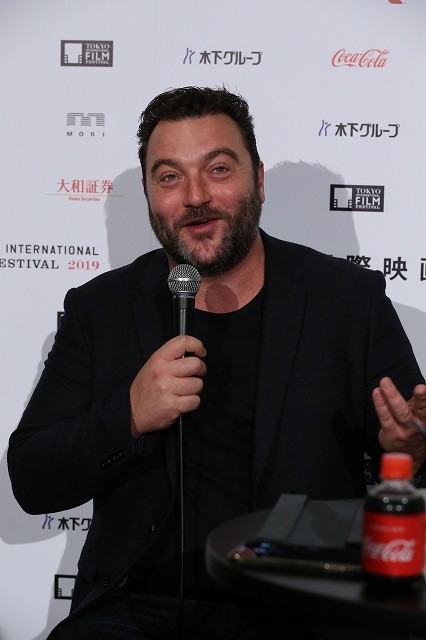 Then a neighbor, Evelyne (Valeria Bruni Tedeschi), goes missing, and Michel starts acting a little strange. One night he storms out, returning with a broken nose that Alice suspects he got from confronting Joseph. But the next morning, he too is gone, his car left in the same place on a windswept road where they found Evelyne’s. As the film shifts to the second chapter, devoted to Joseph, it’s clear that several of the characters could be implicated in the disappearance. And then we meet young Marion (Nadia Tereszkiewicz), and the plot thickens. By the time we follow it to Abidjan, Côte d’Ivoire, the fragmented narrative has roped us in just as effectively as internet scammer Armand (Guy Roger “Bibisse” N’drin) has roped his “pigeon.”

Adapting Colin Niel’s award-winning novel, French writer-director Moll (With a Friend Like Harry…) very cleverly doles out clues, but it isn’t until the final moments that most viewers will see the pieces falling into place.

“I love Dominik Moll’s films,” Ménochet told the press at TIFF. “This one’s like a tragedy thriller. I wanted to play the part of Michel because he doesn’t have any idea about consequences. He doesn’t think; he just acts in the moment. It’s a lot of fun to play such a role. I see him as a magnificent idiot.” 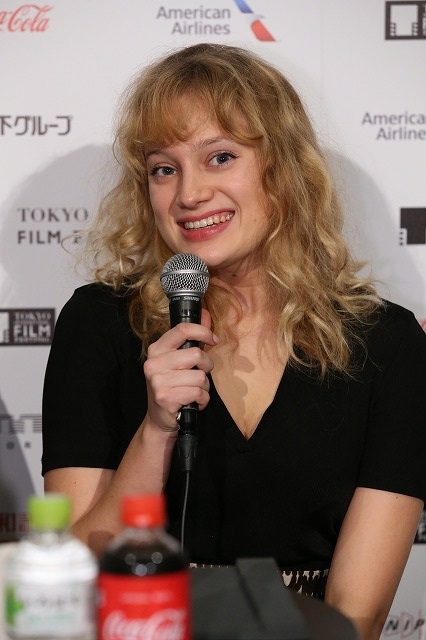 Speaking about the film’s other characters, Tereszkiewicz said, “They are all quite lonely and lost, but at the same time, they’re all searching for something they believe and trust [they’ll find]. They need to be loved, but each character also has so much love to give.”

Playing the waitress Marion, who falls hard for the woman who will soon go missing, Tereszkiewicz saw the role as “a chance to explore deep feelings, to go into extremes. My character has unconditional love for Evelyne. She lives her passion; I just had to listen to Evelyne and let go.”

Enthused Ménochet, “I love acting. Acting is to live truthfully in imaginary circumstances. As for the film’s many coincidences, I think we’re all the fruit of coincidences. That’s why it speaks to us. One day you turn left and your life can change.”

Because the film involves a cybercrime element, the actors were asked how they viewed the Internet. “I’m just a big fat actor, so I don’t really have an opinion about it,” Ménochet responded. “But I’m not on social media anymore because I think people aren’t just one thing. they’re many things, and the internet is all about images. It’s a false truth. It’s just a tool, not a mirror of who we are.”

He also referenced the Cambridge Analytica meddling into US elections and added, “We’re all like a big herd of sheep for data. If one guy likes a movie, then [the internet] says, ‘He likes it, so we can get all his friends to like it.’”

Tereszkiewicz agreed: “There are good and bad things about the internet. If we use it with distance and not extremes, it can be useful. But if you get into it, some people have the tendency to live according to the judgments and expectations of others. We can forget our real friends, real life, real motivations. “

Asked for their perspectives on the lives of their characters after the final scene in Only the Animals — all spoilers removed — Ménochet said, “He’s like a drug addict. He realizes that he’s still living in a fantasy, but he’s hooked. In my opinion… he pays to continue talking to this girl.”

Said Tereszkiewicz, “Because Marion is brave and has determination, I think she’ll fall in love again, she’ll go back to the south. She says, ‘I don’t know what too much means,’ so I think she’ll go on to have other adventures.”