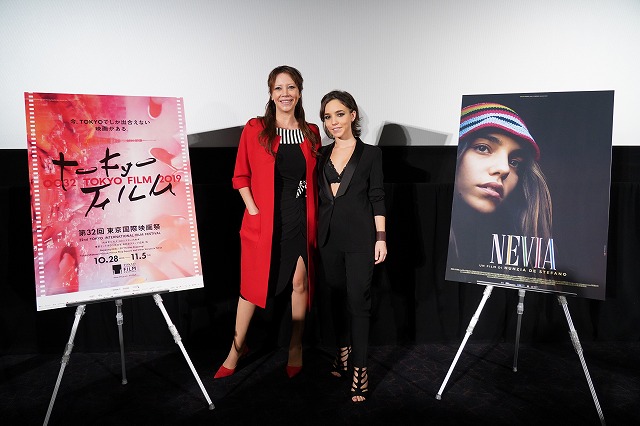 After impressing audiences with their bold fashion choices on the red carpet on TIFF’s opening day, Italian writer-director Nunzia De Stefano and her young star, Virginia Apicella, appeared at a Q&A session following the Competition section screening of their film Nevia, on October 29.

Relaxed and smiling, the two clearly relished the chance to hear from the audience about their film, a bleak but ultimately hopeful look at life on the margins, which was having its Asian premiere at TIFF. 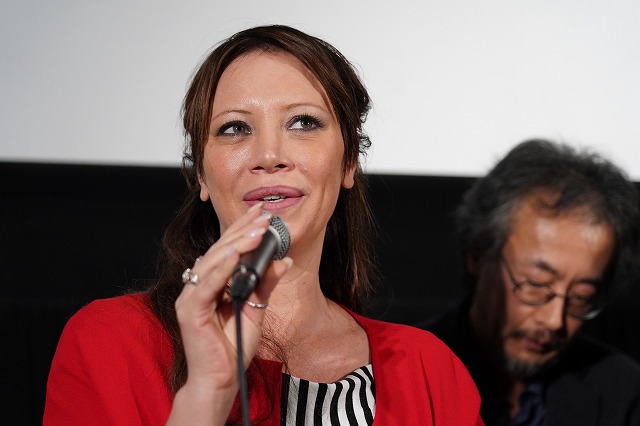 “This is my first time in Japan, and I’m really curious about it,” De Stefano told the crowd. “There are many things I’d like to explore — I see some similarities with Naples, where my film is set.” 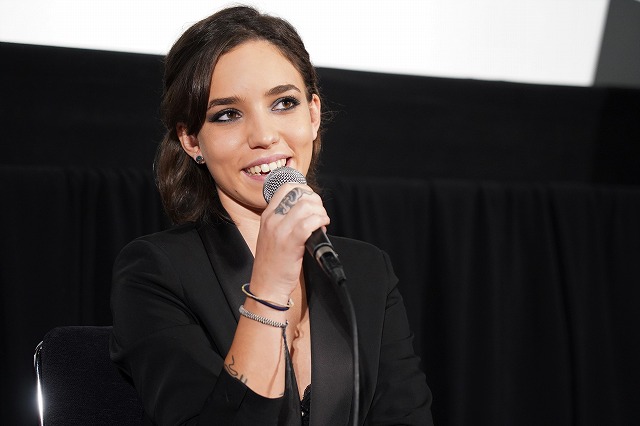 Apicella, who makes her acting debut in the film, shared the rather unlikely story of her discovery: “One night as I was working as a circus acrobat, and hanging from a cloth tied to the ceiling of an 18th century castle, the casting director happened to see me. It was love at first sight with the director. We found we had a lot in common, and there were a lot of similarities between the way I felt about things and the way Nevia did.”

Asked what drove her decision to cast a novice actor, De Stefano said, “I had Virginia try out for other parts as well, but there was something special about her that led me to cast her as the protagonist. She reminded me of myself. There was a certain strength and a certain truth about her that I couldn’t find in professional actors. The casting process lasted 3 or 4 months, and we looked at both professionals and nonprofessionals, but we ultimately decided on Virginia.”

It is clearly the right choice, as Apicella is utterly unforgettable as the stubborn, mature-beyond-her-years 17-year-old who lives in the rundown suburbs of Naples with her grandmother Nana (Pietra Montecorvino) and little sister Enza (Rosi Franzese). Completing this circle of females is their beloved Aunt Lucia, who takes them in when their grandmother has gentlemen callers. Nevia has dropped out of school in order to help make ends meet, but the reality of their hardscrabble life is anathema for her.

Like her elders, works a number of illegal and or shady part-time jobs. “Get the stuff in the hole and put it you know where,” she’s told at one point, and the audience understands that black-market dealings are simply a way of life. Although she has a persistent suitor in Salvatore, the handsome son of the local kingpin —he’s got money to burn and her future seemingly planned for her —the young woman is intent on escaping her lot, on traveling and learning from the world.

When the Romina Orfei Circus rolls into town, she and Enza steal one of its most exotic creatures, and rather than turning in the offenders, offer Nevia a job. The young woman decides to give it a try, and discovers the therapeutic value of tending animals. But her initially friendly relationship with the circus owner is disrupted by her discovery of certain secrets, and meanwhile, all hell breaks loose when her grandmother is arrested.

This sensitive teen-focused, female-centric drama was produced by Matteo Garrone (Gomorrah, Dogman), with whom De Stefano worked for a decade before deciding Nevia would be her debut feature. She herself was forced to live in temporary housing after the devastating earthquake of 1980, and drew on her past to write the film. 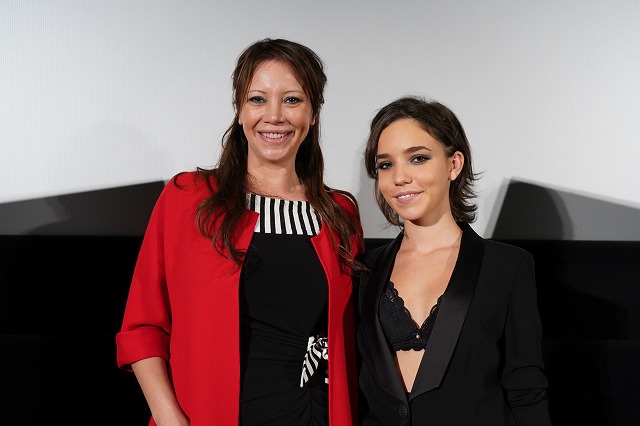 “The circus scenes are rather autobiographical, because I worked with the circus for 8 years. The circus symbolizes a new world, work, a family,” said the director. “I wrote the screenplay as a kind of bildungsroman. It was a painful task for me because I had to recall so much from my own experiences in childhood. Many of the characters are also drawn from people I knew in my own life. But it was essential to depict the story from a certain distance. I wanted to tell a coming-of-age story about a girl, and how she reaches adulthood. I wanted to capture this environment, this town and these women who find themselves in difficult circumstances but find a way to escape that. And I wanted to touch on such taboos as the patriarchal society, and I wanted to depict the strength and determination of the protagonist, and how Nevia got away from all that. I also hope that I’ve been able to bring a sense of hope to people in such circumstances.”