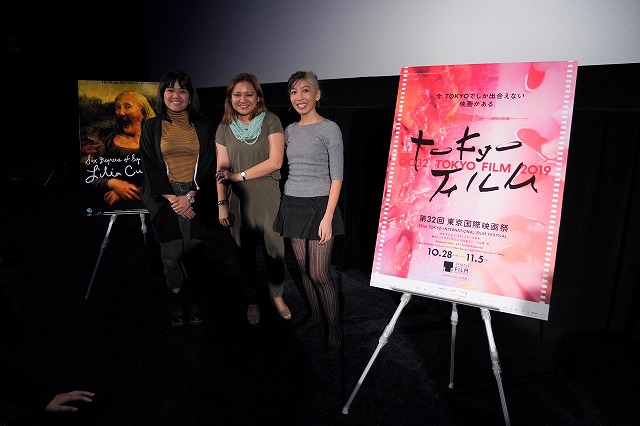 Taking the stage for a talk cleverly entitled “The Discreet Charm of Girl’s Horror Talk,” three of Asia’s leading female directors, whose work is all screening in TIFF’s Crosscut Asia #06: Fantastic Southeast Asia section, encouraged the audience to ask them any question they’d like. But it turned out the first one, from the emcee, proved the most revelatory. 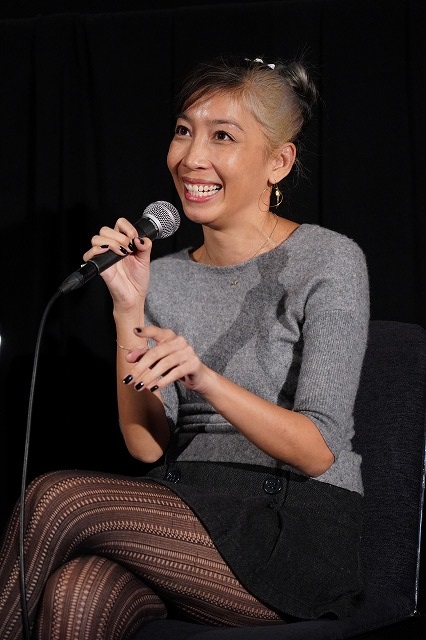 Asked whether they really like horror films to begin with, Laotian-American director Mattie Do (The Long Walk), whose second feature, Dearest Sister (2016), was selected as the Laotian entry for the Best Foreign Language Film at the Academy Awards, jumped right in: “I love genre film because it allows us to expand certain subject matter into an extreme landscape. You can be more flexible with reality and have fun stretching it.” 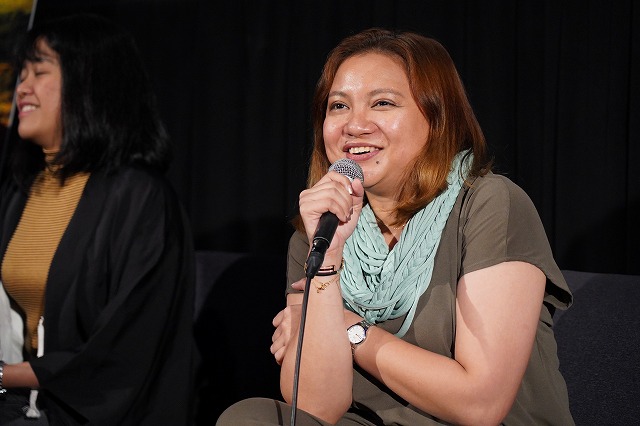 But Antoinette Jadaone, a Filipina writer and director best known for That Thing Called Tadhana (2014), Love You to the Stars and Back (2017), Never Not Love You (2018), and Alone/Together (2019), admitted, “I’m not very fond of horror. But there are a few who I’m still haunted by today, like Ring. My first film, Six Degrees of Separation from Lilia Cuntapay, is about the longtime horror queen of the Philippines, where horror films are both scary and funny.” 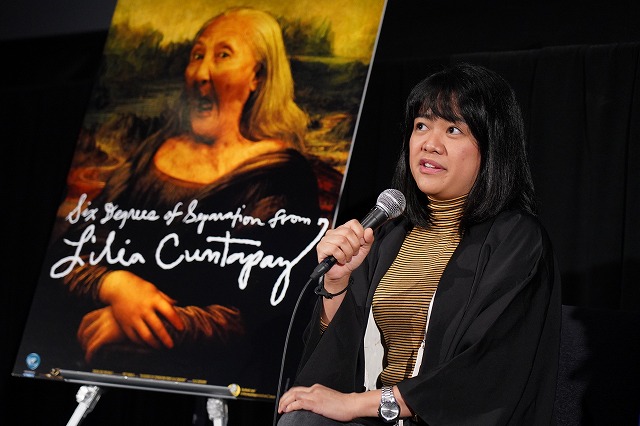 Concurred Sigrid Andrea Bernardo (Untrue), a Filipina director, screenwriter, producer and actress best known for directing Anita’s Last Cha-Cha (2013), Lorna (2014)and Kita Kita (2017), which was shot in Sapporo and is the Philippines’ highest-grossing indie film: “I really don’t like horror films, and I don’t watch them. I’m really scared [even talking about them]. I tried writing them, and I got too scared after the first two sentences. What I like is doing psychological thrillers, because you can see a person and kill that person. With horror, there are so many entities and demons, I don’t know how to kill them.”

Do reassured her: “You might be a bigger horror fan than you think. To me, people are the real demons.”

Asked about expressing fear in films, Bernardo said, “In order for a character to feel fear, I need to first know what (s)he loves, because losing someone you love is really fear. You need to feel that sense of loss.” Later, she equated love and fear even more irrevocably: “For me, once there’s love, there will always be horror, in every life.”

Jadaone said the scariest film she’d ever made was the one she’d just finished, about “the horrors of growing up. When you take away control from a character, there’s fear because you can’t do anything about it.”

Do nodded. “I love horror and genre because I find the genre can cross any cultural boundary. I don’t think romance and comedy necessarily cross boundaries. But loss and pain are something we can all understand, no matter where we’re from. So that’s why it’s important to have these kinds of films. Japan has a lot of ‘manic pixie dreamgirl’ characters who are cute, but they’re actually totally crazy.”

Bernardo commented, “We have a lot of female directors in the Philippines, and there’s no issue with them directing commercial films. But some of them may be boxed into doing romances. There aren’t many doing psychological dramas or thrillers.”

Said Do, “I’m in a rare situation, since I’m the only woman in Laos who’s ever made a film. It’s extremely difficult to make a film there, not because I’m a woman but because there’s no money. We don’t have financiers or grants. I think the three of us are in a prime position globally, since there’s a greater demand for the female perspective. When we make films and the director’s a guy going crazy and being demanding, he’s considered such an artist; whereas if the director’s a woman, they just say she’s a bitch and shouldn’t be directing.”

Explaining that because women direct all the romcoms in the Philippines, and bring the money to the producer, Jadaone said, “Even if a female goes berserk, it’s fine, because she has so much power.”

But Bernardo thinks that “directors should be marketed as directors, not boxed in by the last film they did” — since so many of her peers are stuck doing romcoms and should be encouraged to try out genre instead.

Said Do, “The genre looks very male-dominated, and when you go to a genre film festival, it’s [all men]. But people making genre help each other, come out for you, they’re there for you. It looks unwelcoming, but we drastically need the female perspective in drama and women would find it a very supportive world.”