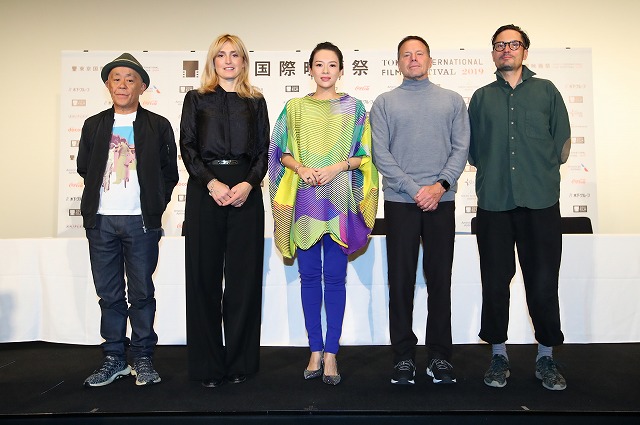 The five members of the 32nd TIFF International Competition Jury sat down with the press on October 29, the morning after they’d first appeared together at the festival’s Opening Ceremony. 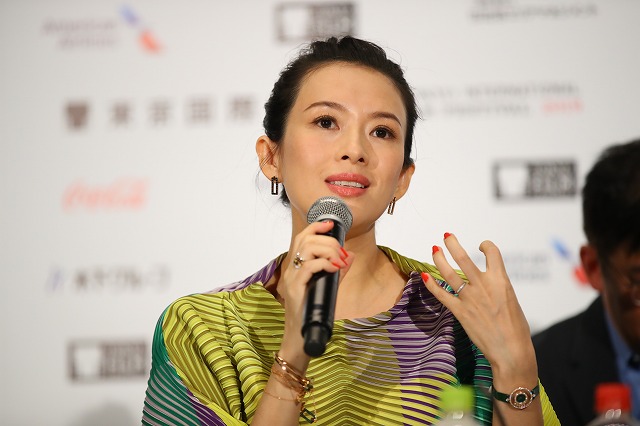 Zhang told the assembled press, many of them angling for closer pictures of the star, who is celebrating her 20th anniversary in film this year, “I’ve been to Japan many times for promotional events. I came first with Zhang Yimou’s The Road Home (which TIFF is rescreening with Zhang present), and then Crouching Tiger, Hidden Dragon and most recently, Godzilla. It’s a real pleasure to be here again.” 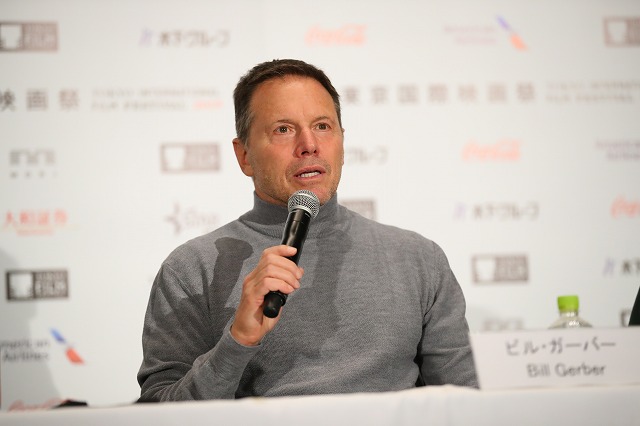 Echoed Gerber, “It’s an honor to be here. I’m looking forward to seeing the best of international films here this year. I haven’t been here with any of the films I’ve been involved with, but I know Gran Torino and A Star Is Born did really well in Japan. I’m looking forward to getting to know the members of the Japanese film industry better on this trip.” 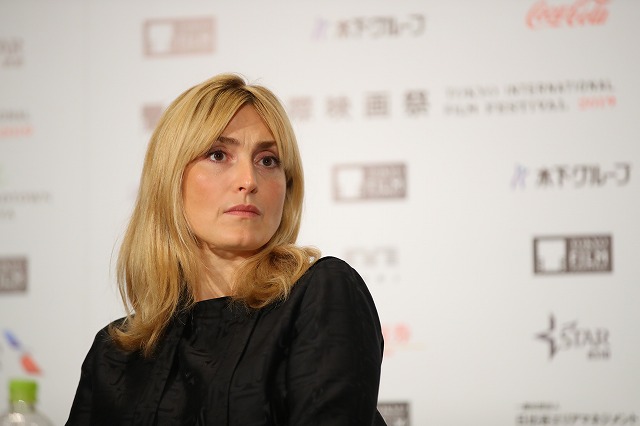 Gayet recalled, “I came here as an actress nearly 15 years ago with Clara and I, which had a great response at TIFF, and I had the honor of coming with Eight Times Up in 2009, for which I received the Best Actress prize, and which was also my first time as a producer. I’m very pleased to be part of this wonderful jury, I look forward to watching the Competition films and I’m also hoping to see some Japanese animation on the side.” 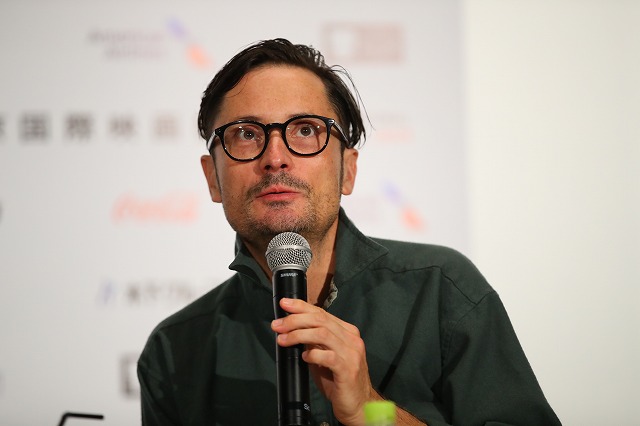 Noer commented, “I’m really happy to be back in this amazing city. Last year was such a huge experience for me, with the reception of Before the Frost. I’m looking forward to discovering wonderful films. And I’ve been rehearsing my “Strangers in the Night” by Frank Sinatra, so I’ll be able to give a performance at a karaoke bar.” 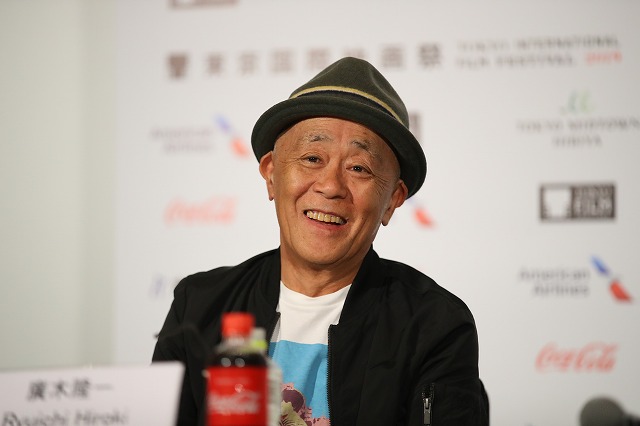 Hiroki said: “I’m usually on the other side of the jury, so it’s nice to be on this side, where I’m not being judged and I won’t have to feel so nervous. TIFF has given awards to one of my actors and actresses in the past, but I haven’t yet won an award for Best Film myself. I look forward to watching all the films.”

Asked for impressions of the festival so far, Zhang noted, “It’s always seemed like such a wonderful festival to me because TIFF has shown many Chinese films, and the wonderful director Zhang Yimou even won an acting award here in the past.”

Asked to make remarks after the jury president’s, Gerber cracked, “She’s the boss, so I agree with her. But I’m really impressed with the organization of the festival, it’s right up there with [other internationally acclaimed festivals]. I’m really excited about the assortment of movies that Yoshi (Yatabe) has put together. It feels like there was a lot of love in selecting them.”

“Yes, we all really feel that Yoshi made the selection with lots of love and care,” Gayet concurred. It’s magical because [here in Tokyo] you’re at the end of the world, so far away from France, a bit lost in translation. We’re going to be lost for 10 days in the world of cinema, so it’s going to be great and magical.”

Noer commented, “I experienced that myself last year, the great experience of the magic of cinema, bringing my film from Denmark to Tokyo, where it connected with audiences and transcended borders. Cinema builds bridges connecting people. It’s a magic language and a great way to remind us all that we’re living on the same planet.”

As the Japanese jury member, Hiroki pointed out that, “Being a resident here, I notice that TIFF is often compared with other film festivals around the world. But I don’t think there are many festivals that show as many films with such a great variety, so I hope it continues to attract more participants and attention.”

Zhang, responding to a question about how they will judge the films, responded, “There are 14 films in the Competition this year and all of them look interesting and diverse. There are quite a few international co-productions as well. The festival has a broad perspective in selecting the films, but it’s not just surface diversity, the films seem to reflect the culture or conditions of the countries in which they were made. I don’t personally know any of the filmmakers in the selection, so I won’t have to worry too much about the politics involved in making my selection. As for the Chinese films, we will judge them in a fair manner as well.

Said Gerber, “In judging a movie, I look for the degree of difficulty in reaching the final product, how difficult it was to get a performance or a particular shot. I think it’s more of an endurance event. I look for what people are able to accomplish through hard work.”

Gayet commented, “I want to quote from my mother of cinema, Agnes Varda, who said cinema is not a problem that gives you an answer, but a poetry gesture. So I’m looking for the poetry gesture. Emotions will guide me, as well as humor, like the humor of Ryuichi (Hiroki), who has the kind of humor I love in films.”

Laughed Hiroki, “I agree with Ms. Varda. I’m very aware of the fact that there are different budget ranges for these films, but regardless of the scale of the production, I’m looking for something I can really enjoy.”

Noer concurred, “We know how many years it takes to make a movie and how much goes into it. So I’ll be looking to be moved in a surprising way, as when you have a spontaneous reaction to something that reminds you of your life and how it’s lived.”

Asked about the “waning awareness of TIFF” domestically, and what could be done, Hiroki responded, “I’m not quite sure whether that’s true, but it’s true that TIFF has to compete with many other events that are held at the same time in this vast city of Tokyo. I think what’s important is that the government offer much more funding for the festival and support for the arts in general.”

Suggesting that the reporter was worrying too much about the prestige and reception of TIFF, Gerber said, “The selection of which festival you take a film to is very specific. Because TIFF plays so many films and they’re so broad, I think it’ll continue to grow and become more popular.”

Noting that it’s crucial for an international film festival to be “a means of communication through the culture of film,” Zhang said, “At the Cannes film festival this year, the Korean film Parasite won the Palme d’Or, and last year, Hirokazu Kore-eda’s Shoplifters won the award. These selections led to discussion and debate not only among filmmakers but also among audience members, [involving everyone]. I’m sure we’re going to find wonderful films at TIFF that will spark discussion.”