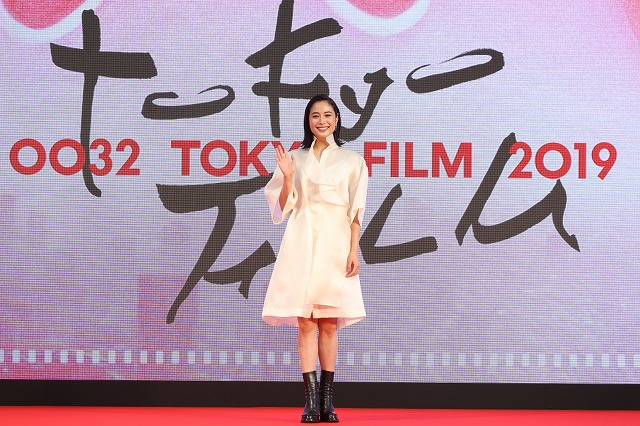 The 32nd Tokyo International Film Festival began its 10-day run on a beautiful autumn evening October 28, with cheering crowds turning out to greet filmmakers and stars as they walked the red carpet ahead of the TIFF Opening Ceremony. Guests from around the world strolled the carpet as they signed autographs and greeted Tokyo’s legions of festive filmgoers.

The event kicked off with the appearance of Festival Muse Alice Hirose, the popular actress who appeared in not one but two films at the 31st TIFF: The Gun and The Travelling Cat Chronicles.

“I’m relieved the weather is so nice,” Hirose told the crowd. “I hope that you all can find one special film during this festival, and I hope that the festival will be very special for all of you.”

Hirose was greeted by Ceremony MC Shinsuke Kasai, and the proceedings got underway. 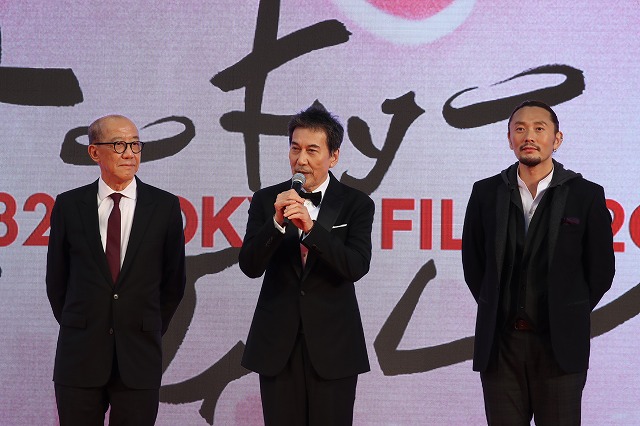 “We’re delighted for the opportunity to have our film screened at TIFF,” said Yakusho.

Acclaimed Swedish actress Alicia Vikander appeared with her Japanese co-star, Naoki Kobayashi and director Wash Westmoreland, representing the Netflix Original Earthquake Bird, which is playing in Special Screenings before debuting on the VOD channel. The film was shot entirely in Japan and produced by Ridley Scott’s Scott Free.

The red carpet was a chance for fans of Japanese animation to spot some of their favorite filmmakers. The lineup included both directors like Children of the Sea’s Ayumu Watanabe, In This Corner (and Other Corners) of the World’s Sunao Katabuchi and Human Lost’s Fuminori Kizaki, and respective vocal talents like Non and Mamoru Miyano. But the most eye-popping animation-related guests were Kemur (aka Kemur Man), Garamon and Kanegon, three monsters from the groundbreaking visual effects series Ultra Q, which is set to be shown during the festival in 4K. 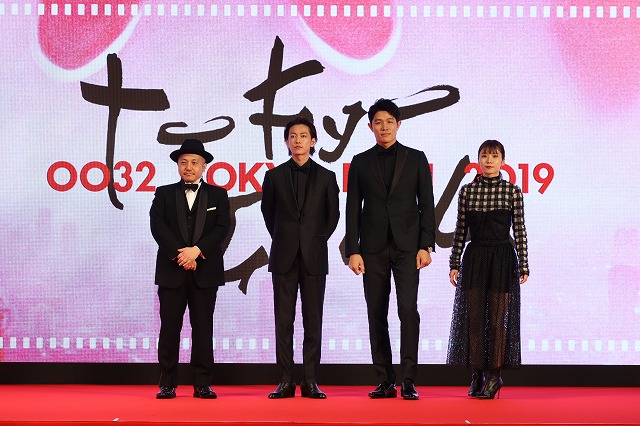 Major Asian stars, including Aaron Kwok and Miriam Yeung from the Hong Kong drama i’m livin’ it, which is in the Asian Future section, as well as many European actors and actresses, also walked the red carpet.

Also present were directors whose films are vying for the festival’s top prize in the Competition section, including Jorunn Myklebust Syversen (Disco), Nunzia De Stefano (Nevia), Wang Rui (Chaogtu with Sarula), Reis Celik (Food for a Funeral), Paul Soriano (Mañanita), Frelle Petersen (Uncle), and Shin Adachi (A Beloved Wife). Only the Animals was represented by its stars Denis Ménochet and Nadia Tereszkiewicz, while Towards the Battle was represented by lead Malik Zidi. 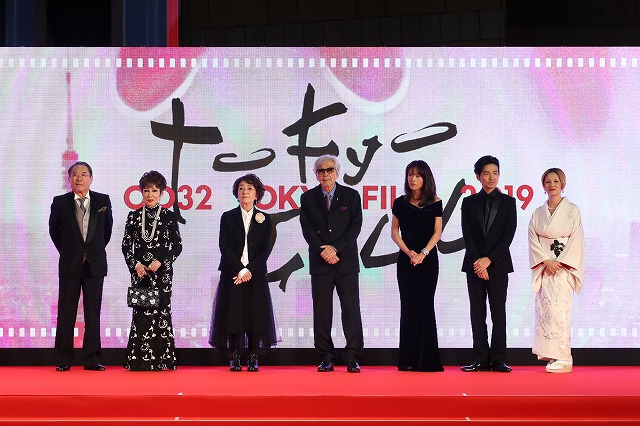 Fans of Japanese cinema were especially excited to see the director and stars of TIFF Opening Film Tora-san, Wish You Were Here, the long-awaited continuation of the legendary Tora-san series. Director Yoji Yamada and stars Chieko Baisho, Hidetaka Yoshioka, Kumiko Goto, Gin Maeda, Mari Natsuki and Ruriko Asaoka greeted fans, some of whom would be catching the film later that evening in its world premiere.

The Opening Ceremony, held in the elegant Grand Ballroom at the Grand Hyatt Tokyo, began with a spirited nagauta performance featuring traditional Japanese instruments by Yukino Yamamoto with Nenoiro.

Next came the official opening declaration courtesy of Festival Director Taeko Hisamatsu, who said, “I’m happy we have so many guests from around the world participating. Japan has recently been the focus of a lot of attention, due to the Rugby World Cup, the emperor’s enthronement and next year’s Olympic and Paralympic games. We have created a program that will help people rediscover the appeal of Japanese cinema.”

Hisamatsu added, “On a personal note, I just had my first grandchild, and I realized that if he lives the average life expectancy, he’ll live into the 22nd century. Then I realized I will also be connected to the 22nd century, which I’d never imagined. Just what kind of world will it be? Unfortunately, a bright future didn’t come to mind. I strongly want it to be a world without war. With the power of cinema, I believe we can unite the world, helping people understand each other.”

Fresh from her appearance on the red carpet entered Festival Muse Alice Hirose, who spoke about what film lovers could expect from the 32nd TIFF.

Next came an introduction to Opening Film Tora-san, Wish You Were Here and a special appearance by its director, Yoji Yamada and its stars Chieko Baisho, Hidetaka Yoshioka, Kumiko Goto, Gin Maeda, Mari Natsuki and Ruriko Asaoka, who were greeted with roaring applause.

Said veteran director Yamada, “I was surprised by what a festive film festival this is. So to be honest, I’m a little tired!” Baisho, who plays Tora-san’s little sister in the series, fought back tears as she said, “Somewhere my brother is watching this from above. It’s been 50 years, I’m just so glad that I’m still alive.”

As the Tora-san team left the stage, the audience was treated to a preview of the lineup of films in the Asian Future, Japanese Cinema Splash and Competition sections and was introduced to the jury members of those respective sections. 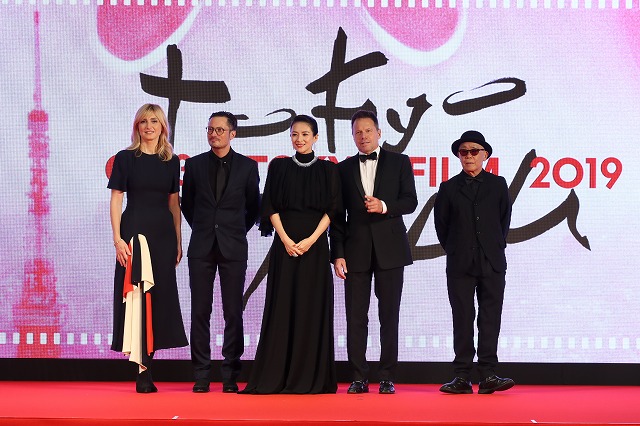 Said Ziyi, speaking in both Chinese and English, “It’s a privilege to stand here tonight as the president of the Competition jury for the 32nd TIFF. Over the years, this world-class festival has consistently introduced fresh new talent to film lovers all over the world. This year, my fellow jury members and I are proud to participate, and thank the festival for their trust in us. We’re looking forward to watching the 14 movies in the Competition.”

She then announced that it would be a particularly special festival for her because she is currently 30 weeks into a pregnancy, “and I’m sure it will be a very special education for my baby.”

The Tokyo International Film Festival will be showcasing films from around the world and other film-related events at Roppongi Hills and other venues from October 28 – November 5.