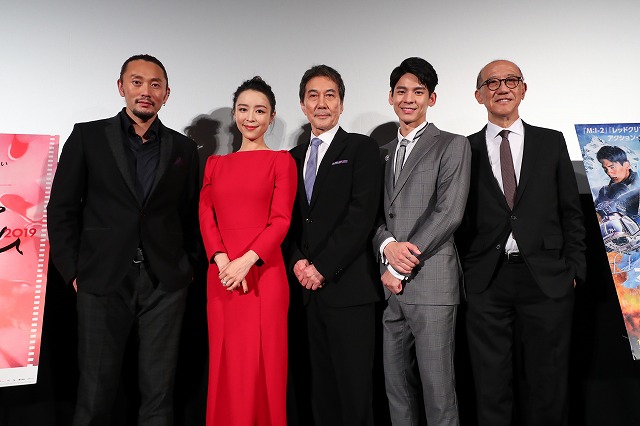 A contingent of stars from across Asia — Koji Yakusho, Zhang Jingchu and Austin Lin — along with director Fay Yu and producer Terence Chang greeted the audience on November 3 following the world premiere of their action-adventure spectacle, Wings Over Everest, playing in the Special Screenings section of the 32nd TIFF.

Shot in Nepal, China and Canada, the China-Japan co-production revolves around the ragtag Team Wings, a crew of rescue climbers composed of the grizzled veteran Jiang Yuesheng (Yakusho), handsome cowboy Han Minsheng (Lin), and greenhorn Xiaodaizi/Daisy (Zhang), the last of whom has joined the team to look for her missing boyfriend, after he disappeared while climbing Mount Everest.

When a plane crashes in the Himalayas, two men who work for India’s Research and Analysis Department approach Team Wings offering a large amount of money to retrieve sensitive documents from the wreckage in order to prevent a terrorist incident. The team has only 72 hours to hike to Mount Everest’s “death zone,” an area with freezing temperatures 30,000 feet above sea level, which is unreachable by rescue planes and has claimed the lives of many seasoned climbers. It’s only later that they realize the climb may not be their steepest challenge. 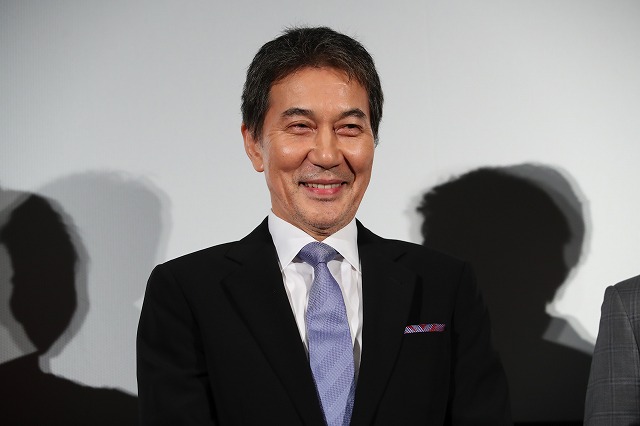 Team Wings leader Yakusho, who delivers much of his dialogue in English in the film, which is primarily in Chinese, greeted the crowd by singling out the international aspect of the film, saying, “There were crew and cast from all over the world for this production.” Yakusho has been recognized at several Asian film festivals, most recently with an Excellence in Asian Cinema Award at the 13th Asian Film Awards, and he had said that he wanted to do something with Asian filmmakers for some time.

Upon being offered the lead role of the Wings captain, Yakusho said the communication between cast members was excellent, and thanked Zhang and Lin for “taking care of him” on set. The star singled out praise for co-star Zhang, stating, “She’s not just beautiful, but a wonderful person.”

Zhang said she had trained extensively prior to the shoot, climbing mountains and getting used to extreme cold in Canada to mentally prepare for the role. “Sometimes, tears came out of my eyes without my realizing it, and my eyelashes would freeze and I couldn’t see clearly,” she recalled.

The actress repeatedly described the “tough” shooting conditions, with lots of overtime and 17-hour shooting days over a period of several months. “At one point, we were hanging from ropes for 27 hours,” she recounted. “I think Fay is very brave to hang Yakusho-san there for 27 hours. I think Japanese people would beat him up.”

Lin (whom Yakusho affectionately calls Hayashi, which is the Japanese pronunciation for his Chinese name), greeted the crowd by introducing himself in Japanese, and also discussed how the film offered him many firsts, from being in subzero environments to piloting a helicopter. The actor also mentioned the strength of the heroes the film portrays: “I was touched by all of Team Wings. Not only do they have strong bodies, but also strong minds.”

First-time director Yu, a former VP and producer at Chinese video game company Gameloft, is also a mountain climber himself, and the film’s many harrowing and exhausting sequences likely had some real-life inspiration. 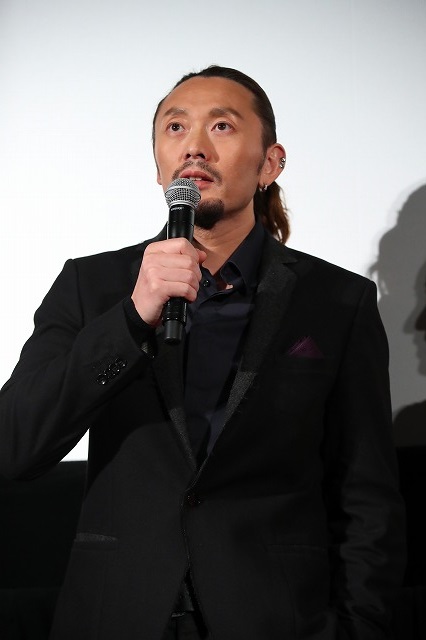 Yu likened the making of the film to scaling Mount Everest, with many winding and twisting turns. “But just like the film itself, how far will you go for someone you love?” he asked. Because of his commitment, “Today, the film, my beloved, can be shown before public eyes,” he said.

Yakusho couldn’t resist pointing out that Yu has garnered a large female following in his home country. “If he avoids trouble, I think he can become a leading director in China,” he joked. The star concluded: “I think this is a film that transcends language. The cast and crew from various countries were able to communicate with each other to create a film about a beautiful place, with beautiful scenery, and beautiful characters.”