The 32nd Tokyo International Film Festival (TIFF) is just around the corner. We are pleased to announce that two Japanese films, A Beloved Wife and Tezuka’s Barbara, have been selected for the 32nd TIFF Competition Section.

This year, a total of 1,804 titles from 115 countries and regions were submitted to TIFF.

A Beloved Wife is the second work by director Shin Adachi, and I was extremely impressed by his ability to transform his own self-torment during his early career as a screenwriter into laughter. I’m in awe of the powerful performances by Asami Mizukawa and Gaku Hamada. I believe that this comedy can be a typhoon among the many serious films in the Competition lineup. 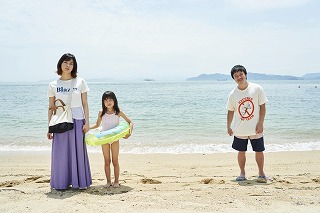 Struggling scriptwriter Gota Yanagida and his wife Chika have been married for ten years and live with their daughter Aki. Gota suffers in his sexless marriage and tries to make his wife happy every day, but Chika is cold to him because he earns no money. One day, Gota is approached by a film producer about his story of “a high school girl who makes udon noodles at a tremendous speed.” He needs to go to Kagawa to write the screenplay and proposes a family trip there, and Chika reluctantly joins. However, a different film project has already been decided.

Shin Adachi, who won numerous screenplay awards for the movie 100 Yen Love (2014), directed this film, based on his autobiographical novel, about a struggling screenwriter and his nagging wife, who is the family breadwinner. Screenwriter Gota, based on the director, is played by Gaku Hamada. Asami Mizukawa is comical and enthusiastic as his wife Chika. Produced by Aoi Pro, whose works include Shoplifters, Long Excuse and Cheer Boys!!.

The film will be released by BANDAI NAMCO Arts/ Q-TEC in 2020 (Japan).

It may be difficult to understand why Mr. and Mrs. Yanagida stay together in this movie. You might think that they should split up. They are an inmature couple staying together through force of habit, while cursing their situation. But their bond is actually strong. Without giving up the messiness of human relationships, they persistently search for happiness; I wanted to portray that humor and vitality in the film. And because recent Japanese society has become intolerant towards imperfect people, I wanted to depict the importance of accepting others, as well as the importance of both forgiveness and asking to be forgiven.

Profile of director Shin Adachi:
Born in 1972. After graduating from the Japan Academy of Moving Images, he studied under director Shinji Somai. He began writing screenplays after theater activity and work as an assistant director. Catch Ball Shop and 100 Yen Love, featuring his screenplays, were screened at the Tokyo International Film Festival. 100 Yen Love won the Ryuzo Kikushima Award and the Japan Academy Prize Best Screenplay Award. 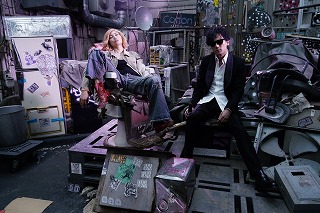 The story is set in modern-day Tokyo. Famous novelist Yosuke Mikura encounters a young woman in the subway station and brings her home to his condominium. The woman’s name is Barbara. For all her bad manners and constant state of drunkenness, she has a certain charm that is hard to put one’s finger on. Much like a stray cat claiming her territory, Barbara settles into Mikura’s apartment. This propels the creatively congested Mikura to write again. His life takes a dramatic turn for the better. Is Barbara a muse? An artist’s savior? Or is she a spell-casting sorcereress?

I am honored to be part of the 32nd Tokyo International Film Festival. It’s a miracle that the muse of art smiled on the 90th anniversary of Osamu Tezuka’s birth. “Barbara” was said to be a very unique piece of work from Osamu Tezuka, but for me it was perfect. A devilish story that, while it isn’t straightforward, has been transformed into a fascinating dream with the beautiful aesthetics of Christopher Doyle intermingled with the beautiful performances of Goro Inagaki and Fumi Nikaido. This movie aims to fuse the boundaries between art and entertainment. Please enjoy the allegory of aesthetic love and madness.

Profile of director Macoto Tezka:
At the age of 17, Tezka won a prize for his debut 8mm film and was praised by acclaimed director Nagisa Oshima. His feature debut was The Legend of the Stardust Brothers. Tezka spent ten years cinematizing Hakuchi, and the film received the Digital Award in Venice. His animated feature film Black Jack won the Outstanding Performance award at the Tokyo Animation Award.