Producers, festival programmer and actors from overseas will discuss the current situation of the film industry with aspiring young Japanese filmmakers.

The first 100 applicants will be eligible for this.
→ Registration form 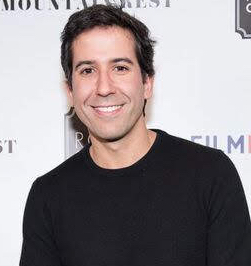 Fernando Loureiro is a producer and co-founder of Exhibit, a Los Angeles-based entertainment company dedicated to producing feature films across a variety of genres. He is an executive producer of “Frances Ha”, directed by Noah Baumbach. Fernando recently produced the Reed Morano directed film “I Think We’re Alone Now” starring Elle Fanning and Peter Dinklage, which premiered in competition at the 2018 Sundance Film Festival and won the U.S. Dramatic Special Jury Award for Excellence in Filmmaking. In 2017, he produced and released in theaters the critically acclaimed “Sweet Virginia” starring Jon Bernthal, Rosemary DeWitt, Imogen Poots and Christopher Abbott, as well as “Thumper,” starring Eliza Taylor, Lena Headey, Pablo Schreiber. Both premiered at the Tribeca Film Festival. In that same year, he also executive produced “The Little Hours,” starring Alison Brie, Dave Franco, Kate Micucci and Aubrey Plaza (premiered at the 2017 Sundance Film Festival and was released that Summer in theaters). Last year, he produced “Mountain Rest” starring Frances Conroy and Natalie Dyer. He also was an executive producer on “First Light” with Stefanie Scott, Kate Burton and Kristin Booth (premiered at the 2018 SXSW Film Festival), as well as “Song of Back and Neck” with Paul Lieberstein, Rosemarie DeWitt, Robert Pine, Paul Feig and Clark Duke (premiered at the 2018 Tribeca Film Festival). 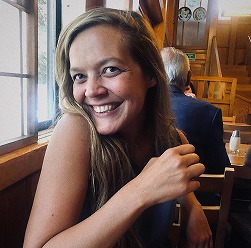 Nina Rodríguez grew up in Cologne, Germany, where she started working in the music industry. Holding a Bachelor in Film Theory, she continued her cinema studies to focus on curating and obtained a Master of Arts Degree in The Presentation and Preservation of the Moving Image at the University of Amsterdam in close collaboration with EYE Film Archive. She has programmed for Short Cuts Cologne and worked at the Film Archive of the German Film Museum in Frankfurt am Main. Since 2006, Nina has been Head of Programming for the Guanajuato International Film Festival (GIFF) in Mexico where she was involved in the development of new initiatives such as the Collegiate Production Rally, MexiCannes and most recently the GIFF residency.
She has curated showcases, participated in panels and served on the juries at many other Mexican and international events including FICG, Tous Ecrans, Berlinale Talents and Sarajevo Film Festival.
Since 2009, Nina spent parts of the year in the Middle East collaborating with the Abu Dhabi Film Festival and more recently organizing Qumra, an initative of the Doha Film Institute providing mentorship for international projects in development and post production stages. She also served as Academic Coordinator for the Pueblo Mágico Mexican Film Residency in Tepoztlán. 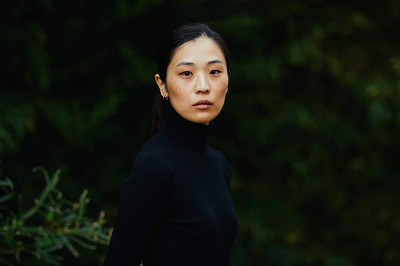 Shuna Iijima is a Japanese actress who studied Physical Theatre in the UK. She is currently based in Tokyo and working mainly for films.
Her first feature film appearance in Japan was in Hiroshi Shoji’s ”Ken and Kazu” which was premiered at Tokyo International Film Festival (Japanese Cinema Splash section) in 2015.
Then she worked for Gaelan Connell’s first feature film, “Blood, Sand and Gold (2017)”, French director Ronan Girre’s Japanese film “I Want To Be Loved (2017)”. In 2018, she starred as a main cast in “Bad Poetry Tokyo”,
directed by Anshul Chauhan. For this role, she won Best Actress Award at Osaka Asian Film Festival (Japan) and Slemani International FilmFestival (Iraq).
She speaks fluent English and has been active to get involved in not only Japanese films but also international projects. 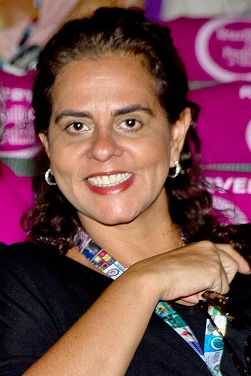 Adriana L. Dutra is a director, screenwriter and producer. Among her recent works are the Feature documentaries: Society of Fear (inprodution), Transtime (indicated as Best documentary of Brazil 2017), Carnaval Street Parades in Rio, Smoking I Wait ( Best Documentary at São Intrenacional Film Festival) and Mulheres da Maré. The TV series: Opção América, Laje Option, Brasilis Sounds, Transgente, among many others.
She is the Executive Director and founder of the Inffinito Group, responsible for designing and producing the 82 editions of the Inffinito Festival Circuit, composed of Brazilian film festivals in 10 cities around the world: Miami, New York, London, Barcelona, Madrid, Rome, Buenos Aires, Vancouver, Montevideo and Canudos.
Idealizes, produces and directs hundreds cultural events around the world.
She is from the 2019 Oscar Commission in Brazil, was the Netflix Award Jury 2017, Jury at Rio de Janeiro International Film Festival in 2108, the 2018 Goya Award Commission in Brazil, Director of the Festivals Forum since 2007. 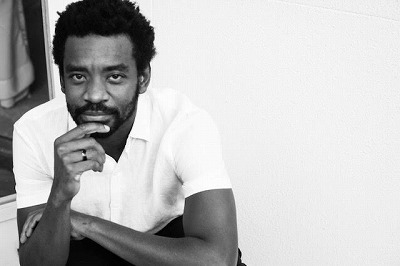 Fabrício Boliveira made his theater debut with Jorge Amado’s “Capitães da Areia” in 2002. His debut in television drama was in 2006, in “Sinhá Moça”. For this role, he won the Contigo Actor Revelation Award in 2007. This same year, he performed at the “Yellow Woodpecker Site”. In 2008, she acted in the soap opera “A Favorita”. In 2009 in “Living Life” and the following year in “Modern Times”. In 2011, she acted in the series “Task Force”. In the following year, starred in the cast of “Suburbia”, directed by Luiz Fernando Carvalho. In 2014, she starred in Boogie Oogie. Already in 2016, he performed in the series “Nothing will be as before”, by José Vilamarim) and in 2018, in “13 days away from the Sun” by Luciano Moura. Still in 2018, she acted in the soap opera “Segundo Sol”, standing out in the character of Roberval. Fabrício won the Best Actor Award at the Bratislava International Film Festival in 2014 and the Brazilian Film Grand Prix. He also starred in films such as “400 vs. 1” in 2009 and “Elite Squad” in 2010. Already in 2013 premiered the movie “Faroeste Caboclo”, blockbuster in Brazil and selected for international festivals, such as the Toronto International Film Festival in 2013, and the Huelva film festival in the same year.
He then starred in the movie “Thirty” (2014, Directed by Paulo Machline), “Nise – The Heart of Madness” (2015, Directed by Roberto Berliner), and in “Tungsten” (2018, Directed by Heitor Dalia). Fabrício has just released the movie “Simonal”, directed by Leonardo Domingues. The film, which opens throughout Brazil in August 2019, is already acclaimed and much anticipated by the public. His next film is “Brief Mirages”, scheduled to open in 2020, directed by Eryk Rocha. Fabricio also mixes dance and performance experiences such as Batucada, by choreographer Marcelo Evelin; The Baudouin, by Carsten Holler (2107, Kunsten Festival Des Arts) and Muá (2017, Directed by Daniel Barra). In addition to his personal research, experiences with the Italian group Odin Theater (2008, Holstelbro Castle) taught by Roberta Carrieri and Augusto Omolu; “Ta na Rua” Group (2008/2009) Director Amir Haddad, and Butoh with Yukio Suzuki (2015, New York).
Later this year, Fabrício prepares to live Itamar Assumpção in the theater and will also participate in the next 21h soap opera, “Amor de Mãe”.