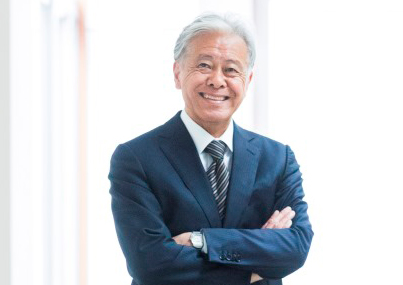 Unijapan appointed Hiroyasu ANDO, the President of the Japan Foundation, as the inaugural Chairman of the Tokyo International Film Festival (TIFF), at a board meeting on July 29. TIFF is organized under the Tokyo International Film Festival Executive Committee, and the Chairman will oversee the TIFF as the chief executive. Takeo HISAMATSU Festival Director will continue to serve as TIFF Festival Director and lead the festival.

The 32nd TIFF will be held from October 28 to November 5, 2019 at Roppongi Hills, EX Theater and other venues in Tokyo. TIFF looks forward to your continued support and participation as we enter a new era of leadership under Hiroyasu Ando and Takeo Hisamatsu.

I am honored and humbled to assume the new role of Chairman of the Tokyo International Film Festival.

TIFF has a long history, and is one of the select film festivals accredited by the International Federation of Film Producers Associations. I value the efforts of the many men and women who have nurtured the festival through the years, and look forward to further developing it.

Japanese cinema continues to enjoy a solid reputation overseas, thanks to the many talented people in the industry. Tokyo is a city that boasts many attractions, but film plays a very special role here, with Tokyo’s cinemas presenting a diversity of Japanese and foreign films. I hope that TIFF can become the core of interactions between filmmakers and filmgoers, helping to spread cinema around the world from Tokyo.

I will do my best in my new position as Chairman, combining my love for film with my experience in diplomatic work in the international community. I look forward to your continued support and involvement.

Hiroyasu Ando was born in 1944. After graduating from University of Tokyo in 1970, he entered Japan’s Ministry of Foreign Affairs. After serving as a diplomat in the US, the Philippines and the UK, he served as the Private Secretary for the Prime Minister, the Minister-Counselor at the Embassy of Japan in the US, the Director-General in charge of Middle East and African Affairs, the Ambassador of the Consulate General of Japan in New York, the Assistant Chief Cabinet Secretary and the Ambassador to Italy. Since October 2011, he has been working on international cultural exchanges as the President of the Japan Foundation.
previous
Condolences on the loss in the arson a...
2019.07.19 [Updates]
next
Acclaimed Artist Mika NINAGAWA Creates...
2019.08.08 [Updates]
Return to List of News
Recent News