The Tokyo International Film Festival (TIFF) is pleased to announce that Chinese actress Zhang Ziyi will serve as the President of the International Competition jury at the 32nd TIFF. 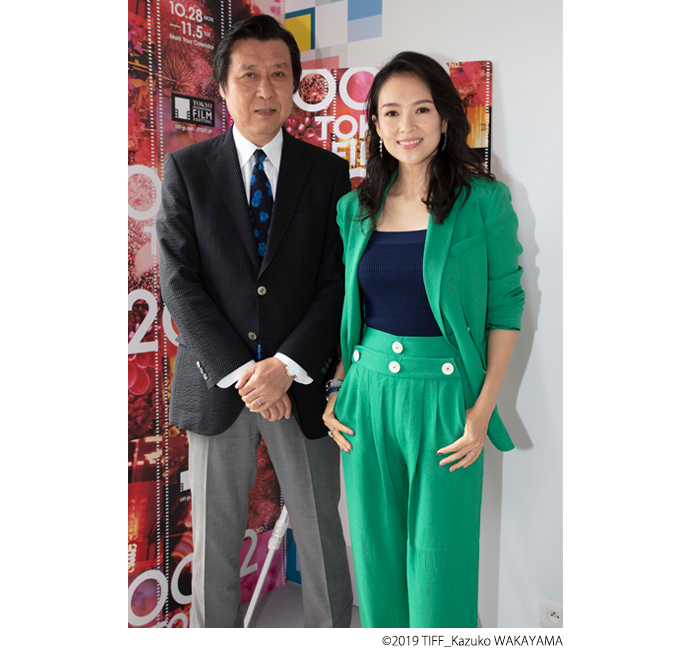 Takeo Hisamatsu, Festival Director of TIFF, expressed his delight that she accepted the invitation:
“We are so thrilled to welcome Zhang Ziyi as the President of the Competition jury. Hailing from China, she is recognized as one of the leading actresses in the world, but the impact she made in her first feature film The Road Home is still unforgettable. She later starred in Princess Raccoon, Seijun Suzuki’s final film, which earned her many Japanese fans. We are very much looking forward to working with her at this year’s TIFF, and we feel certain that it will be a rewarding experience for all of us.”

Currently celebrating the 20th year of her career, Zhang has gained worldwide recognition through her outstanding performances in a wide variety of films in China and abroad, including her debut The Road Home, directed by Zhang Yimou, the critically-acclaimed Crouching Tiger, Hidden Dragon, directed by Ang Lee, and the Hollywood hit Memoirs of a Geisha, directed by Rob Marshall, which brought her Best Actress nominations at the BAFTA and the Golden Globe Awards.


Zhang Ziyi Comment
When I first came to Tokyo, it was as a young actor who was traveling outside of China with her first feature film. I was immensely touched by the warmth of the reception for The Road Home and witnessed first-hand the love and passion that Japan has for the art of movie-making.

That my first feature would be well received by movie audiences everywhere in the world, including Japan, showed me the power of this visual form of storytelling, of its ability to express universally felt sorrow and joy. For a young actor, this was an amazing revelation.

To be invited to participate in the Tokyo International Film Festival gives me great joy as it will allow me to spend time with movie-loving fans in Japan. To preside over the Jury this year fills me with great humility as this will present an exceptional experience for me to work with my distinguished fellow film-makers to discover and celebrate great films. 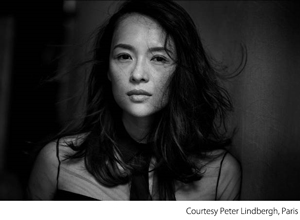 Zhang Ziyi Profile
Zhang Ziyi is recognized worldwide for a range of award-winning roles. She made her cinema debut in Zhang Yimou’s The Road Home in 2000, which won the Silver Bear Award at the Berlin International Film Festival.

Her award-winning performance in the critically-acclaimed Crouching Tiger, Hidden Dragon, directed by Ang Lee, earned her international renown. When Steven Spielberg selected her to star in the Hollywood movie Memoirs of a Geisha, directed by Rob Marshall, her reputation as an accomplished actor was solidified, and she received Best Actress nominations at the BAFTA and the Golden Globe Awards.

Ms. Zhang’s role in The Grandmaster, directed by Wong Kar-wai, won her twelve awards for Best Actress, a record-breaking achievement.

In the span of her 20-year career, she has starred in a wide variety of films in China and abroad, including Zhang Yimou’s Hero and House of Flying Daggers, and Princess Raccoon, by the legendary Japanese director Seijun Suzuki. She will also be appearing in the upcoming films Godzilla: King of the Monsters on May 31, 2019, directed by Michael Doughery, and Climbers on September 30, 2019, directed by Daniel Lee.

She has served as a jury member at the Cannes Film Festival several times, for the Main Competition in 2006, the Cinéfondation in 2009, and Un Certain Regard in 2013; as well as serving on the Platform jury at the Toronto International Film Festival in 2016. In 2013, Ms. Zhang was decorated with the Order of Arts and Letters Chevalier, a French honor that recognizes significant contributions to the arts and literature.

In her formative years, Ms. Zhang attended the Beijing Dance Academy, where she studied traditional folk dance for six years. Upon graduating, she applied by chance to study at China’s most prestigious drama academy, the Central Drama College, and thus began her acting career.


Further announcements regarding Competition jury members and jury members for other sections will be made at later dates.
previous
Film submissions for the 32nd TIFF
2019.04.12 [Updates]
next
TIFF 2019: Teens Meet Cinema Special P...
2019.06.06 [Updates]
Return to List of News
Recent News