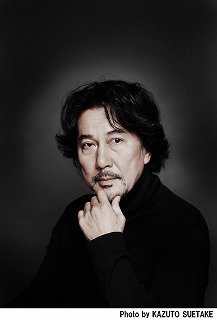 With a stellar career spanning four decades, Koji YAKUSHO received his first Best Actor nomination at the Japan Academy Prize with his performance in a Japan-Soviet Union production, Under Aurora in 1991. In addition to winning the Mainichi Film Award Best Actor prize for Masato HARADA’s Kamikaze Taxi (1995), he won over 20 awards in the following years for Shall We Dance? (1996), Lost Paradise (1997), Cure (1997) and Shohei IMAMURA’s Palme d’Or-winning film The Eel (1997). Earning Japan Academy Prize nominations for Best Actor for seven consecutive years in the 1990s solidified his status as one of Japan’s greatest actors. In 2005, YAKUSHO participated in his first international production with Memoirs of a Geisha and in 2006, in the Academy Award-nominated film Babel. He debuted as a director with Toad’s Oil in 2009. YAKUSHO received the Cinema Legend Award from the Singapore Film Festival in 2017 and has been praised in China as ‘the man with a thousand faces.’

YAKUSHO has been twice nominated by the Asian Film Awards (AFA) for his performances in 13 Assassins (2010) and Chronicle of My Mother (2011) respectively. He received his third AFA nomination this year with The Blood of Wolves (2018). YAKUSHO will next be seen in a China-Japan co-production Wings Over Everest directed by YU Fay, and a Japanese period epic TOUGE – Saigo no Samurai (Original Japanese title) directed by Takashi KOIZUMI.

“I am very honored to receive the ‘Excellence in Asian Cinema Award.’ It has been 40 years since I started my acting career, and it’s a miracle that I am still able to pursue this profession. I am also indebted to all the people who have inspired me throughout my life.” said YAKUSHO.

“The Asian Film Awards Academy is proud to present Mr. Yakusho with the Excellence in Asian Cinema Award,” said Dr. Wilfred WONG, Chairman of the AFA Academy and the Hong Kong International Film Festival Society, “Over his prolific career, Mr. Yakusho has made an indelible impression on audiences and his professional peers around the world. His talent for playing a wide variety of characters in films and TV in Japan and overseas testify to his commitment and dedication to the art and craft of acting. He deserves far and wide recognition.”

Last year, he was the focus of a retrospective tribute at the 31st Tokyo International Film Festival in celebration of his 40th anniversary as an actor.

The AFA has announced its Next Generation Award which goes to South Korean vocalist, songwriter and actor KIM Jae-joong. He will attend the ceremony on March 17. It will also announce the recipient of the Lifetime Achievement Award soon.

Asian Film Awards (AFA)
Inaugurated in 2007, the Asian Film Awards celebrates excellence in Asian cinema through the annual presentation of awards to talents and films that make up the dynamic film industries of Asia. Awards night is a spectacular gathering of stars, celebrities, industry professionals and the media that highlights and publicizes the year’s achievements in Asian movies.